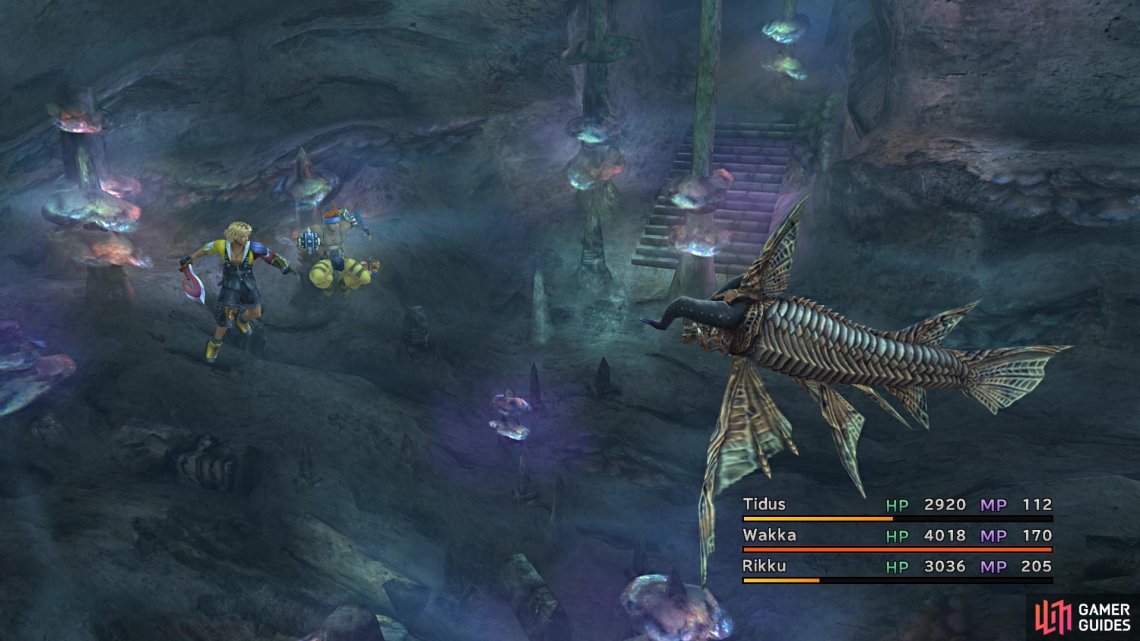 The Maelspike is a fiend that can be found in the underwater sections of Mount Gagazet. It is probably the most dangerous fiend found in the underwater section, as it has a high Strength. In addition to its normal attack, it has a stronger version of it called Rush, which deals high damage. Maelspikes also have a hidden counter that goes up by one whenever they attack or are targeted. Should this hidden counter reach a specific point, then they will use Maelstrom on the party. Being underwater means it is weak to Thunder-based attacks, but it is also susceptible to Darkness.