This page is completely optional, as none of the Jecht Spheres are missable. Doing this now saves you the headache of having to deal with one of the Dark Aeons, as one of the Jecht Spheres is in Besaid and Dark Valefor will appear there not too long from now. From where you defeated Spherimorph, head back one screen to the Save Sphere and look for the lower right path. Take this to appear on some kind of ethereal trail, which will eventually bring you back to the beginning of Macalania Woods. On the right side of the fork there, you will find two NPCs (if you’re doing this right after Spherimorph) and a Jecht Sphere on the ground. 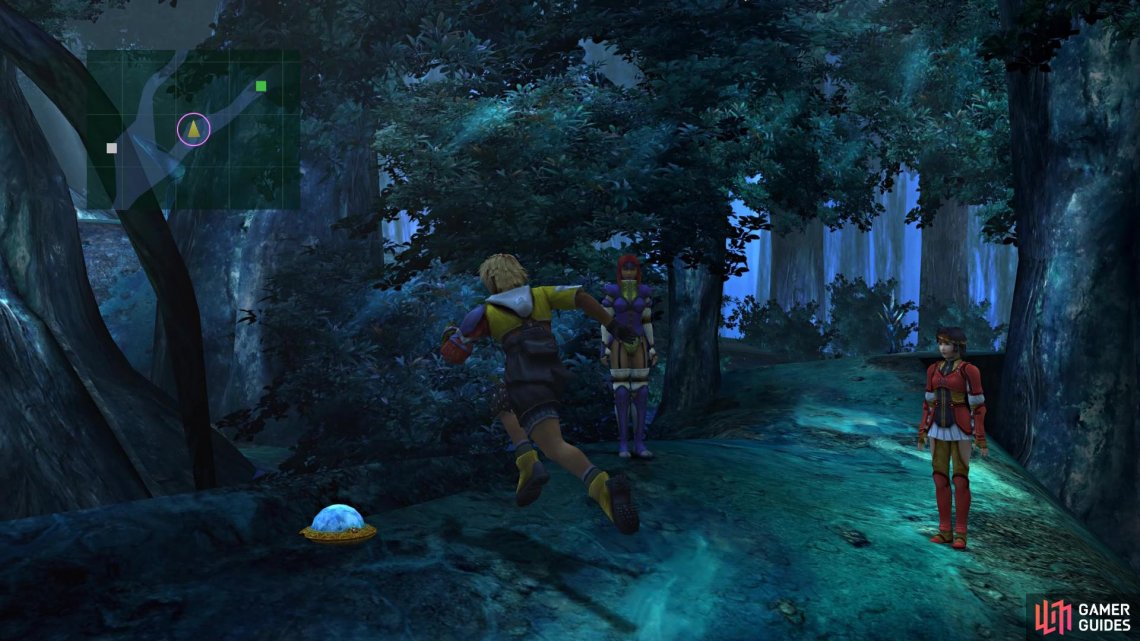 The location of the optional Jecht Sphere in Macalania Woods

Tip: Put Tidus and two people slower than him in your battle party, which should make Tidus go first. For every battle you get into, if you don’t want to fight, you can simply use Flee to escape.

It’s time to backtrack now, so exit to the south to return to the Thunder Plains. Other than getting smacked by lightning, you can use Tidus’ Flee to escape from every battle on this trek, using the tip above. You will be venturing straight to the southern portion of the Thunder Plains, as that is where the Jecht Sphere will be located. If you stick to the right side of the map, you will find it near one of the lightning rod towers a little north of the alcove with the one Qactuar Stone. If you’ve collected the first Jecht Sphere above, then this one should unlock the Banishing Blade Overdrive for Auron.

Note: Banishing Blade is a great Overdrive, as it is one of two ways to 100% inflict Armor Break on an enemy, provided they are not immune to it.

Continue south and double back through Guadosalam, returning to the Moonflow. When you get to the northern bank, you’ll have to speak with the driver there to cross via the shoopuf. Once you arrive at the southern bank, head left from the boarding station, to the screen with the Save Sphere. The Jecht Sphere will be on the right side of the screen. Exit the southern bank of the Moonflow and pass through the Djose Highroad, where you will arrive at the Crusaders camp during Operation Mi’ihen. 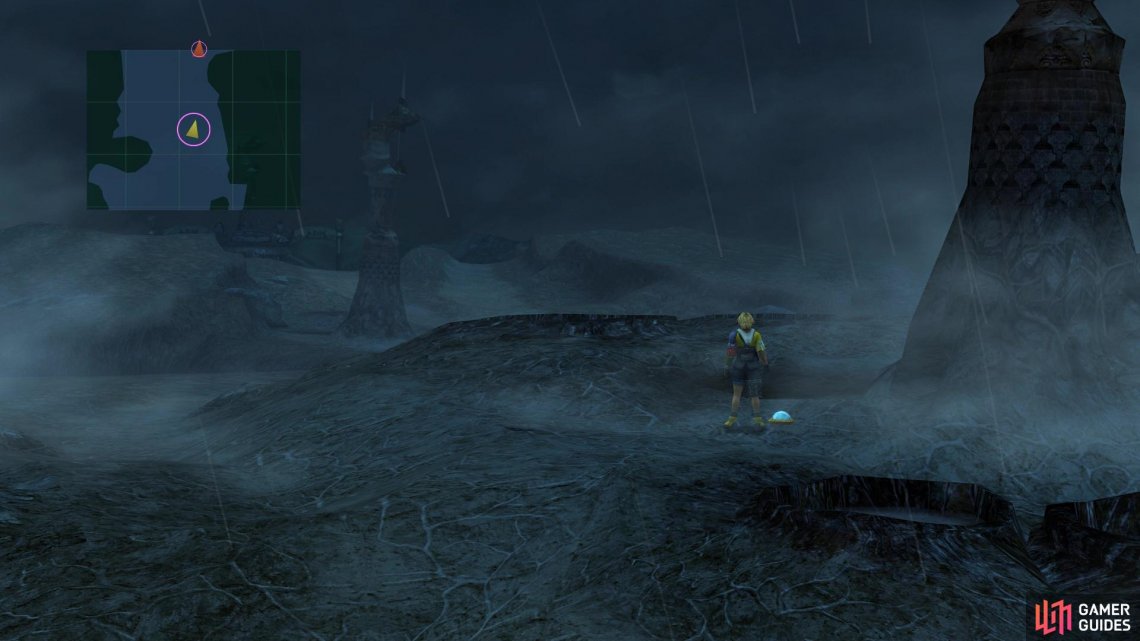 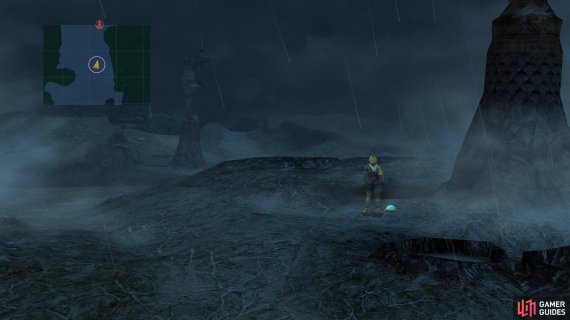 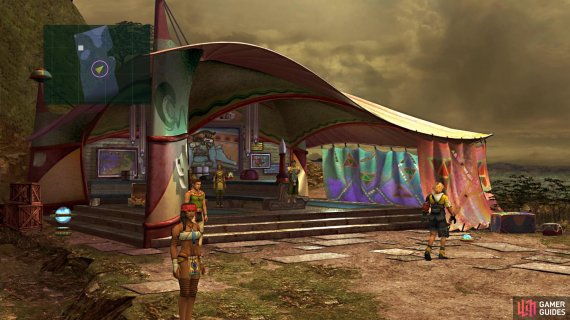 While in the Crusader base, you might be a little lost on how to exit in the southwest. There are some crates stacked near the exit, which you can use as stairs to get to the exit. Follow the trail from there to the second path heading north, which should bring you to the normal one taken when you were heading to the Crusaders base of operations. When you eventually reach the one structure that was an elevator, with a Save Sphere next to it, go to the ledge south of it to find the sphere (this one is called Auron’s Sphere, but it is a part of the Jecht Sphere collection).

After collecting the previous Jecht Sphere, make the trek all the way back to the main road and continue your journey back towards Besaid. When you get to the Mi’ihen Highroad, you will want to take a detour, but make sure you hire a Chocobo here, as it will allow you to avoid encounters. At the fork at the northern end of the area, head down the Oldroad path and continue until you get to the very end, where the [Mars Crest] was located. The Jecht Sphere will be right next to the chest.

Travel to the southern end of the Mi’ihen Highroad and enter Luca once more. When you reach the stadium entrance, with the locker rooms on the sides, go into the hallway outside the locker room where the Besaid Aurochs were in earlier in the game (the right side). You will find the Jecht Sphere at the end of the hallway.

So, that takes care of most of the spheres, but there are two more to collect. To continue from Luca, head left from the stadium entrance and go to the second screen, where you will see a giant ship docked at the pier. Talk to the NPC at the bottom of the ramp and choose to go to Kilika. While on the boat, head downstairs to rest and arrive in Kilika. As soon as you gain control in Kilika, speak with the NPC by the boat and choose to go to Besaid. While on the boat, enter the captain’s room and you will find another Jecht Sphere on the ground. 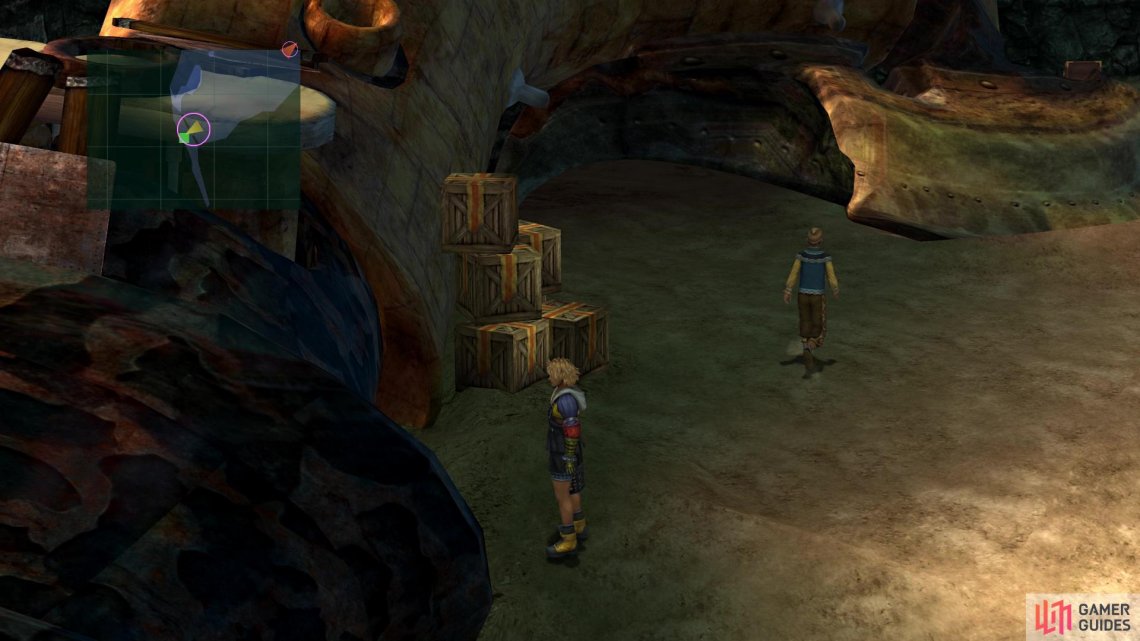 After collecting the previous sphere, take a rest on the boat and you will finally arrive on Besaid Island. The path to Besaid Village should be easy enough to find, so you shouldn’t be needing directions. Once you arrive, head to the right side of the temple entrance and you will find the Jecht Sphere on the ground. That wraps up all of the Jecht Spheres, but if you take a look below, you might want to do some recruiting for Blitzball before leaving Besaid and resuming the story.

Since you’re in Besaid and the village kind of gets locked off later, it’s a good idea to do some recruiting for Blitzball to get a starter team together. Here is a list of players that are good to recruit for a starting team, as the Besaid Aurochs just don’t cut it in the long run at all. Don’t forget that Tidus will always be included on your team, especially if you learned Jecht Shot. 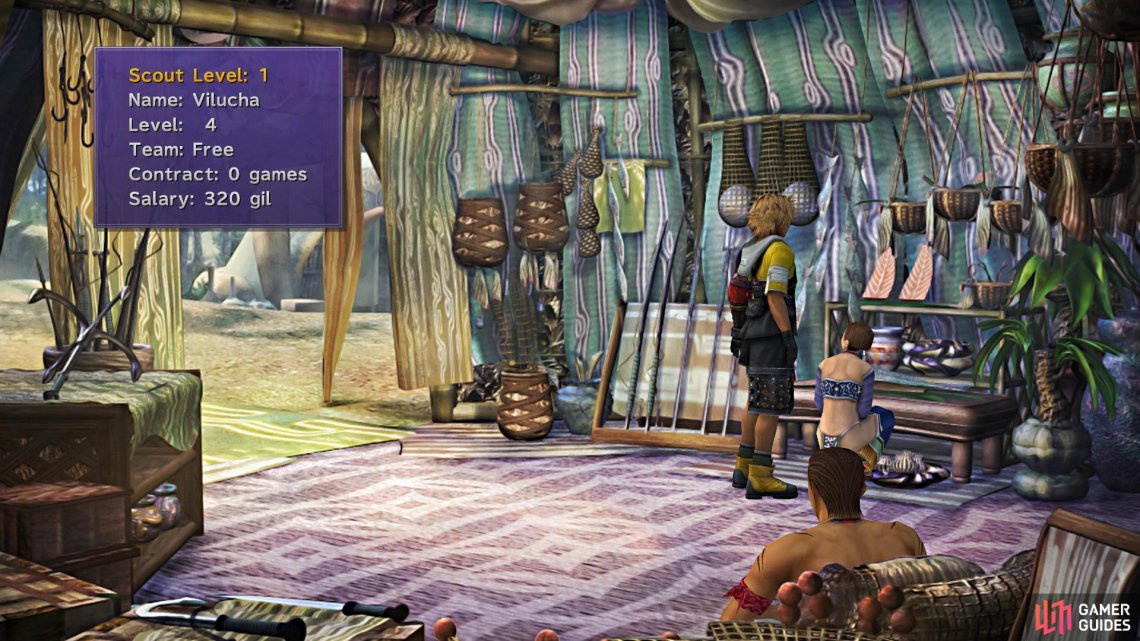 (1 of 5) Vilucha can be found in Besaid Village