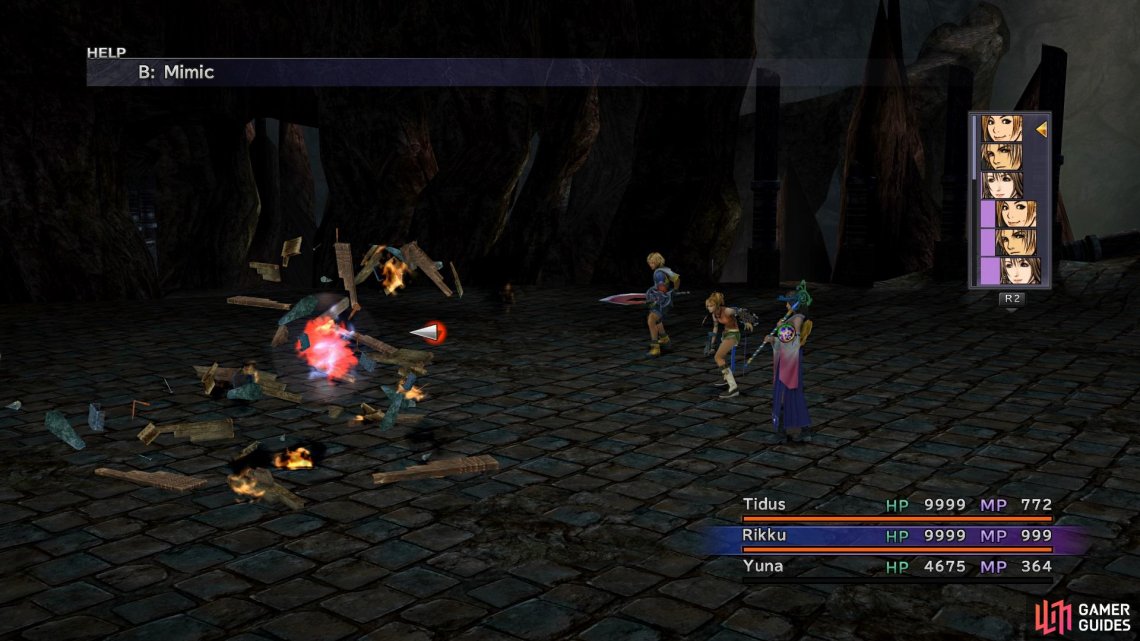 The Mimic is a fiend that is found in Omega Ruins. It is normally disguised as a treasure chest, always accompanied by a Zaurus. Should you attempt to steal from the chest, like normal, and the chest contains nothing, then it will transform into one of the Mimics (it’s totally random which type you get). The Ruminant version (Dual Horn) is the strongest, physically, and also has the highest HP. It is also the weakest, defensively, so you don’t have to worry about what you use against it.

Mimics have nothing to steal and do not drop anything, also yielding zero AP. However, Mimics are one of the best sources of Gil in the game, as they always drop 50,000 upon defeat (100,000 with Gillionaire on an active character’s weapon).