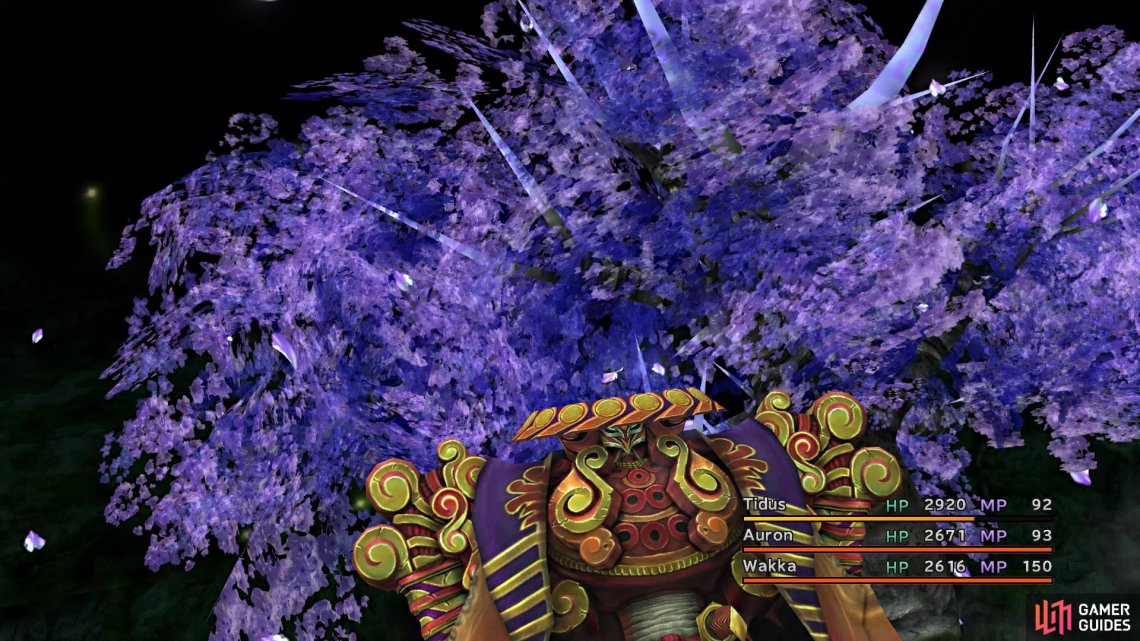 Yojimbo is a pretty simple boss, as his attacks depend solely on how full his Overdrive gauge is. First and foremost, the gauge only fills very little upon being targeted, as well as when he attacks himself. At the beginning of the battle, Yojimbo will only use Daigoro to attack, which will have him send his dog to physically attack. Once the gauge is about 25% full, he will add Kozuka to the list of attacks, which does a little more damage than Daigoro. The last attack in his arsenal, Wakizashi, comes out at around 50% Overdrive gauge.

There is a good chance that you might not see Wakizashi, though, as Yojimbo only has 33,000 HP here. He doesn’t give AP nor drop items, so there is no point in bringing in everyone to take an action. Should the unthinkable happen and his Overdrive gauge gets filled completely, Yojimbo will use Zanmato, which will hit your party for 9,999 damage, meaning they will be instantly defeated. You can use pretty much whatever you want in terms of offense, although his physical defense is a little better than his magical defense.