The second course has a target time of 16.8 seconds, but it will be a little harder on your end. It’s still the same course as Wobbly Chocobo, but you will have to dodge blitzballs being thrown at you. All of the blitzballs will come from the far end of the course, by the finish line, and usually in sets of threes. If you get hit by one, the rest seem to disappear for a very short while, so you will be able get a little ways towards the goal. The general idea is to get into a pattern where you trying to move towards the sides of the course to dodge the incoming projectiles. 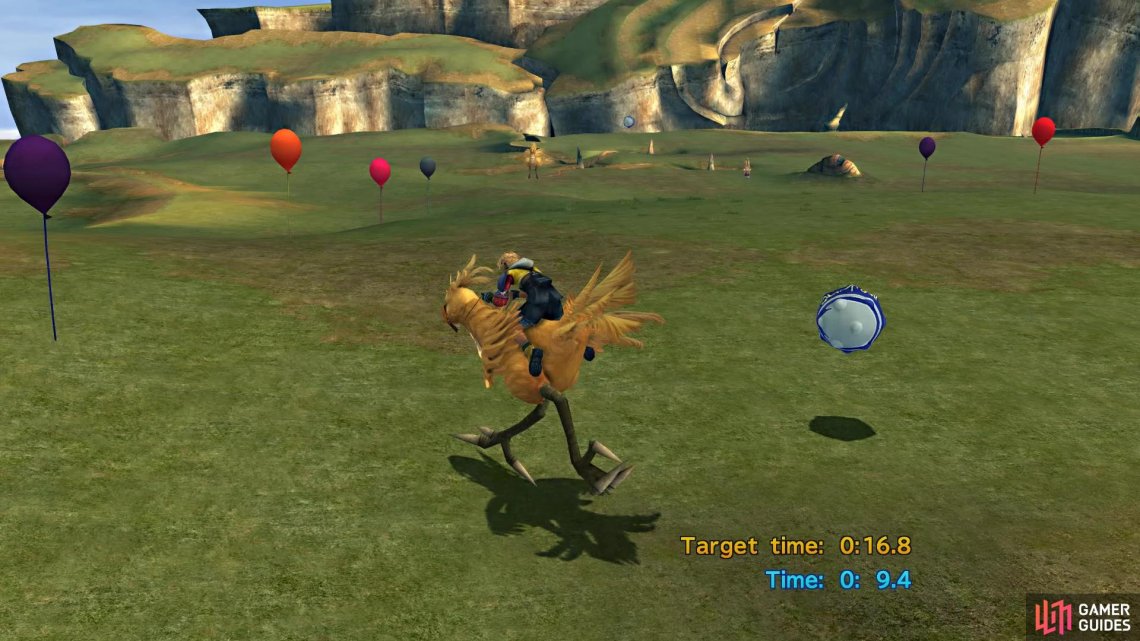 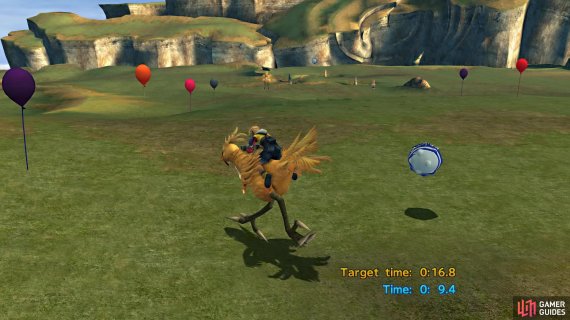 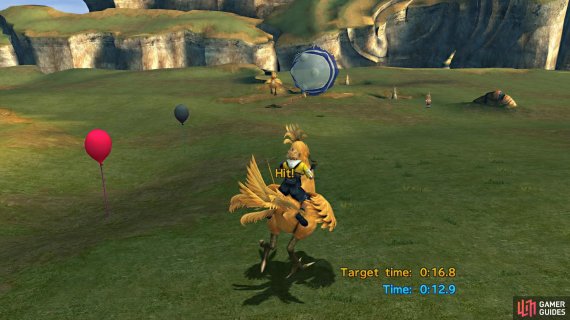 You will need to dodge blitzballs coming at you in this course (left), Sometimes you will have a hard time dodging the blitzballs (right)

Sometimes, it looks like the blitzballs will be homing in on you a little bit, which is a bit unfortunate and completely out of your control. Also, it becomes increasingly more difficult to dodge the blitzballs as you get closer to the finish line, which is another thing you can’t really control. Sometimes, you just need to power through them, taking a hit if you’re under the target time. The blitzballs also seem to come out much more quickly near the goal, so you may want to try and avoid them if you can.

Your reward for beating this the first time is a Lv. 1 Key Sphere. If you happen to tie or beat this record, then you will receive a Mega-Potion.