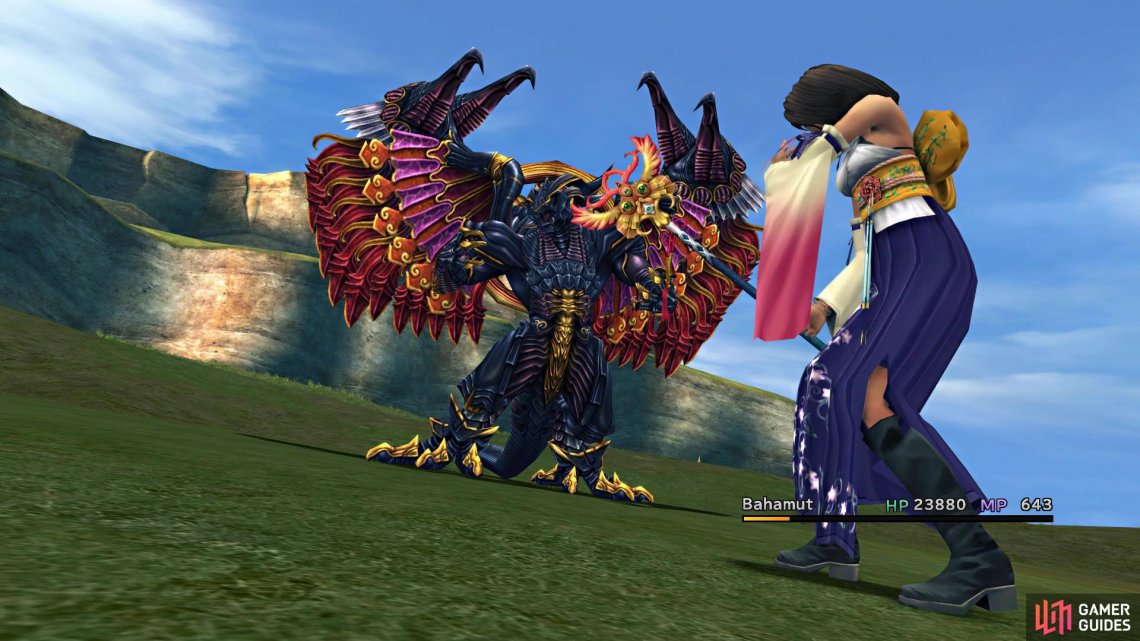 Bahamut is the final storyline Aeon, obtained upon completing the Cloister of Trials in Bevelle. He is definitely the most powerful of the storyline Aeons, as he is able to break the 9,999 damage limit without requiring a Celestial Weapon. He also tends to be a little more defensive than the other story Aeons, although he can be a bit slow. His special attack, Impulse, hits all enemies with a non-elemental attack. While this does some decent damage, it is a bit bad for the turn order and should be used sparingly. Bahamut’s Overdrive, Mega Flare, deals major damage to all enemies and is a great one to use when needed. It’s not unheard of to see Mega Flare exceed 9,999 damage when used during the main story.

Since Bahamut is a normal Aeon and non-elemental, he should definitely get a healing spell, with Curaga being the best. The standard Haste, Protect and Shell are definitely good choices, too. Also, Bahamut already has access to all of the elemental spells, so you could simply add stuff like Drain, Osmose and Flare to his repertoire. Adding Cheer and Focus is also a good idea, since that will help with his defenses.