Auron’s Overdrive is called Bushido, which is split into a number of different abilities. In order to learn new abilities for Bushido, you will need to collect Jecht Spheres, which are scattered across the game’s world. He starts with one ability, and gains three more for collecting the Jecht Spheres. By far, his best Bushido skill is Banishing Blade, which does damage to a single target and inflicts all of the Breaks at once. No matter the target’s resistance to Breaks, unless they are outright immune, the Breaks they are susceptible to will be inflicted.

All inputs below are on the Playstation HD version of the game. 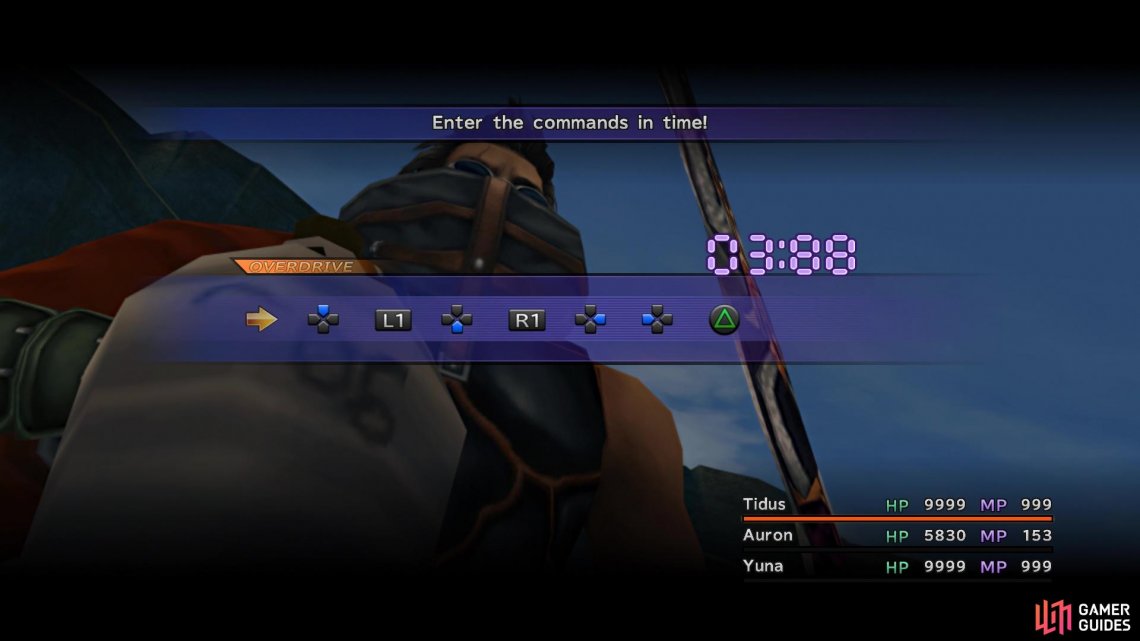 (1 of 2) You have to input a button sequence 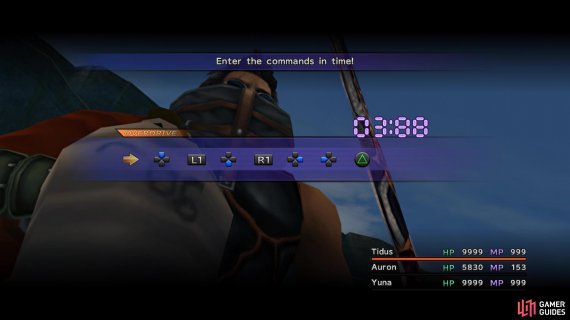 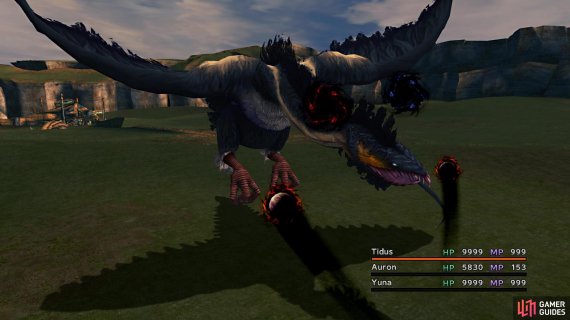 You have to input a button sequence (left), in order to get the extra effect from the skill (right)

Dragon Fang does damage to all enemies, while Shooting Star also does damage (to a single enemy), inputting the correct sequence can eject an enemy from battle. Banishing Blade damages a single enemy and will also inflict Full Break. This is one of only two skills/items in the game that will 100% inflict Armor Break, if the enemy is susceptible to it. Tornado will damage all enemies, with them taking more damage if the button inputs are done.