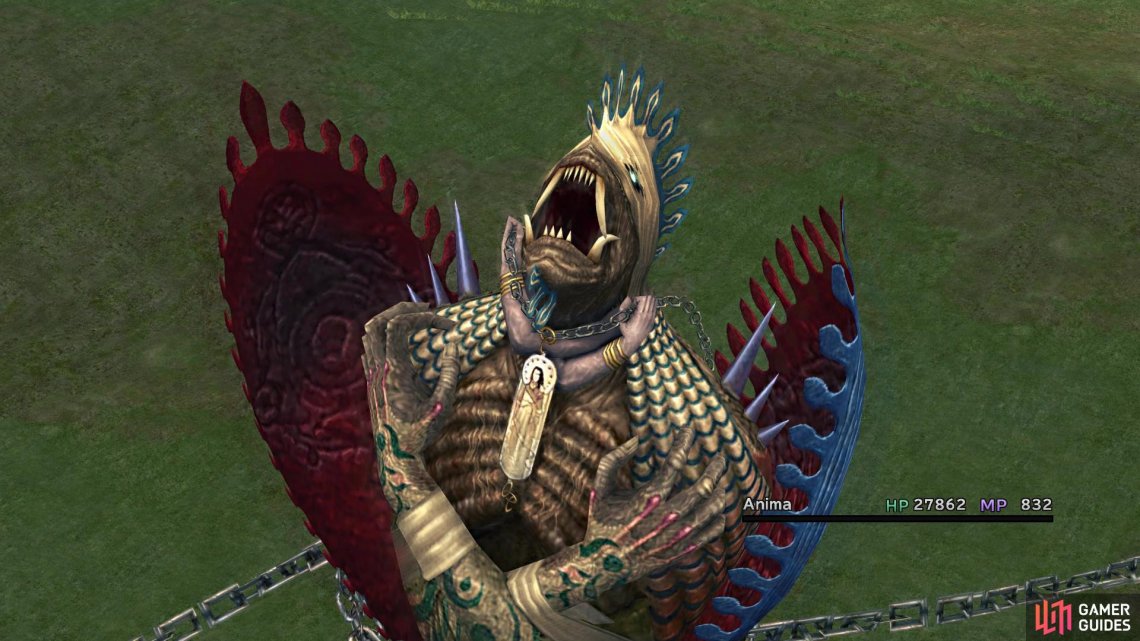 Yes, the Aeon that Seymour used during the story is possible to obtain, although you will need to do quite a few things in order to get her. First and foremost, you will need to obtain all of the treasures via the Destruction Spheres in the various temples across the game. The only two treasures that have to be gotten on the first visit are in Besaid and Macalania, as they will be guarded by Dark Valefor and Dark Shiva, respectively, once you obtain the airship towards the end of the game. Also, remember that you will need to revisit Zanarkand Temple after obtaining the airshup, as it isn’t possible to get the Destruction Sphere on the first visit.

Once you have done the above, then you will need to Search for Baaj Temple via the airship’s navigation controls. This is located at around (X: 15, Y:55) or so, which will put it on the list. Go there and jump in the water, swimming towards the temple entrance (the green exit on the map). You will be forced to fight Geosgaeno, before you’re allowed to enter. It’s not a tough fight, so once you defeat him, enter the temple. You will see six statues, three on each side. Approach each one and if you’ve gotten the Destruction Sphere treasure in those temples, then you will see a glyph appear. Once you’ve gotten glyphs on all six statues, then the way to the Chamber of the Fayth will be open, allowing you to get Anima.

Anima is a very powerful Aeon to have in your possession, as she sports a pretty high Strength right out of the gate. If you have been building up Yuna properly, then it’s possible Anima will be dealing five-digits damage as soon as you can get her. Yes, Anima is an Aeon that can break the 9,999 damage limit without needing to get a Celestial Weapon. She comes with a variety of skills and Black Magics, but her worth is not with those. Pain is her special attack that does magic-based damage, which can instantly kill any enemy that isn’t immune to it. It also ignores defense and since its power is so high, Pain will likely always deal maximum damage.

Anima’s Overdrive is called Oblivion, where she will do a total of 16 hits against all enemies. It has the potential to deal the most damage for a single attack in the game, due to the many hits it does. Despite this, there are some instances where Pain might deal more damage than Oblivion, so you will have to test on some of the higher end enemies to see if this is true or not. You should give Anima Haste, Protect, Shell, Drain, Osmose, Flare, Doublecast and possibly Regen.