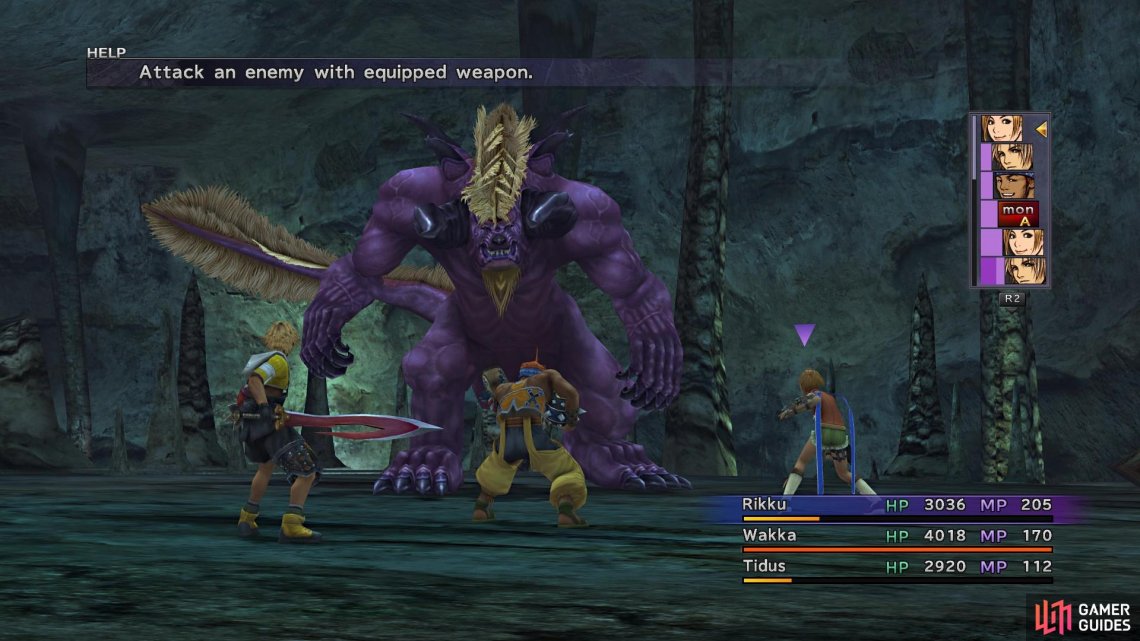 The Behemoth is a fiend that can be found in the Mount Gagazet Cave, as well as in the first portion of Zanarkand. It is a pretty strong enemy, as it has a high Strength and Magic. In addition to its normal attack, it can also use a stronger physical move called Heave on a single character. The Behemoth also has a magical attack to unleash on a single character, Thundara. Despite its size, the Behemoth’s defense and magic defense are low, so you can use anything against it (no elemental strengths, either). Note that Kimahri can learn the Mighty Guard Ronso Rage from a Behemoth.