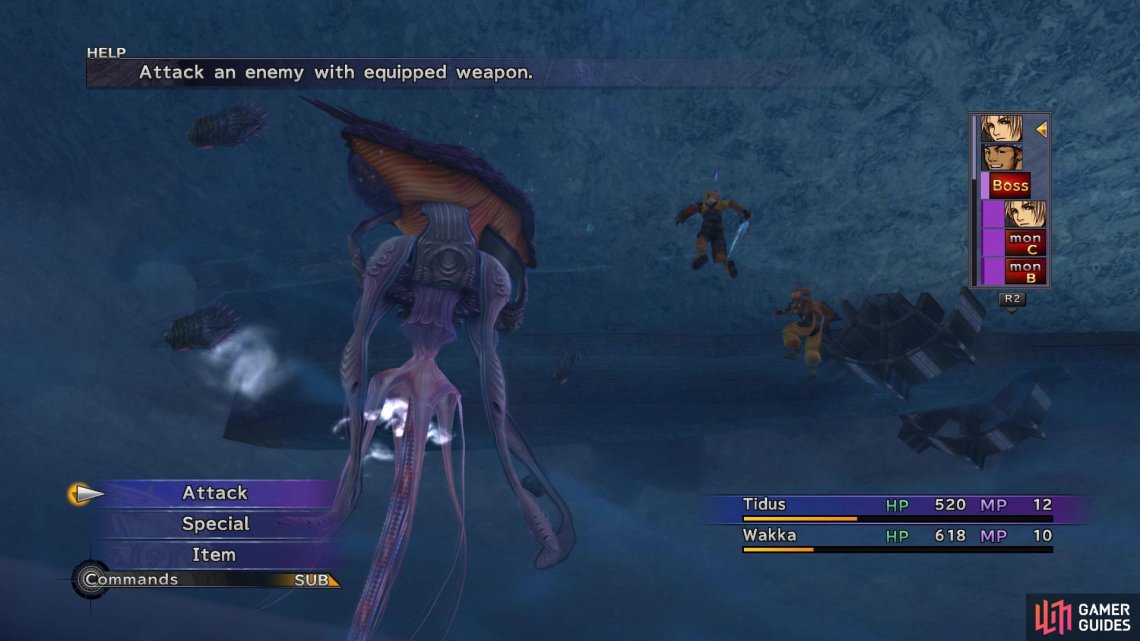 Since this battle takes place underwater, you are limited to only Tidus and Wakka here. Thus, you are limited in your options, such as healing, since you can only use Potions. Echuilles will be flanked by four Sinscales at the beginning of the battle, with them charging at a character; they will be ejected from battle after attacking, but more will spawn during the course of the fight. You can attack them if you want, but the lack of resources and only having two party members should have you focusing solely on the Sinspawn.

As far as the Sinspawn Echuilles is concerned, it has two moves it will do, with one being Drain Touch. This will deal physical damage to a single character, then heal the Sinspawn for that same amount. Since it is physical damage, you can use Tidus’ Cheer to mitigate it a little bit. Also, the boss is susceptible to Darkness, so you can use Wakka’s Dark Attack to help make Drain Touch miss a lot. After the boss uses Drain Touch twice, it will use Blender on the next turn, which hits both characters for moderate magical damage.

You can’t do anything to negate/lessen this, since Cheer only deals with physical damage. Having your HP above 200 at all times is ideal, especially since Blender will deal around 115 damage or so, then you might have to get hit by the Sinscales.