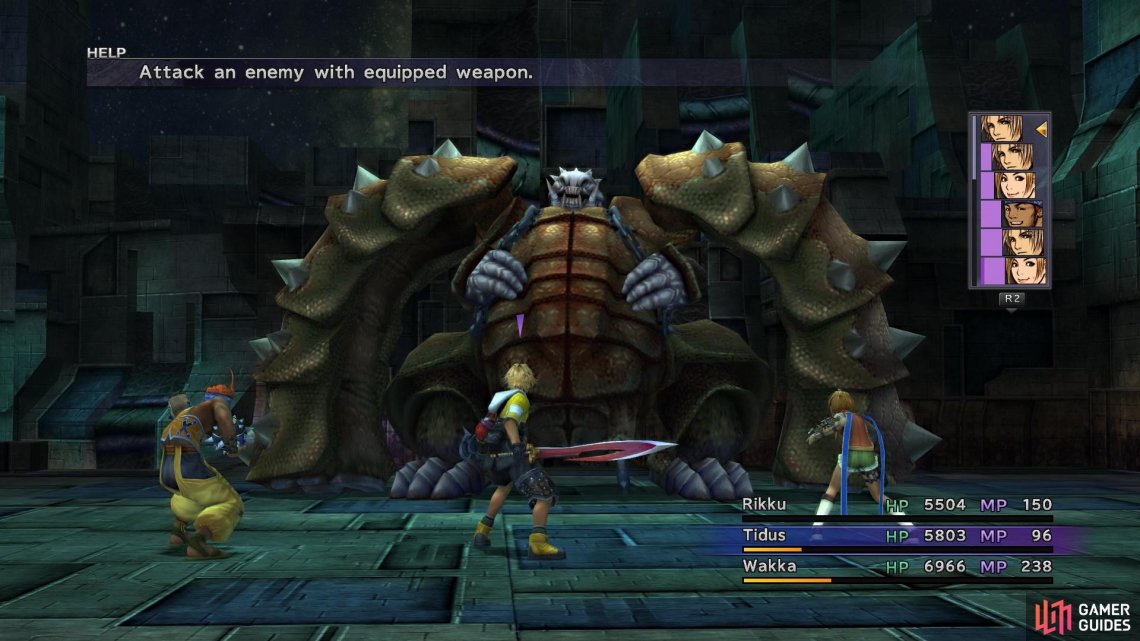 The Barbatos is a fiend that is found Inside Sin, but only outside of the first area. It has the highest HP for a normal enemy in the game, which can be one of its biggest problems, especially since it is quite strong, too. In addition to its normal attack, Body Splash will hit the entire party for physical damage. You will probably see Mortar a lot more often, which affects the entire party, as it is used when falling under certain HP thresholds, as well as when using Armor Break on it. Despite this, you should still use Armor Break on it, as it is armored. Note that you can also use Demi to reduce its HP, since it is so high. If you use Provoke, it will stick to a normal attack; it is also susceptible to Zombie, although you cannot use something like a Phoenix Down to instantly defeat it.