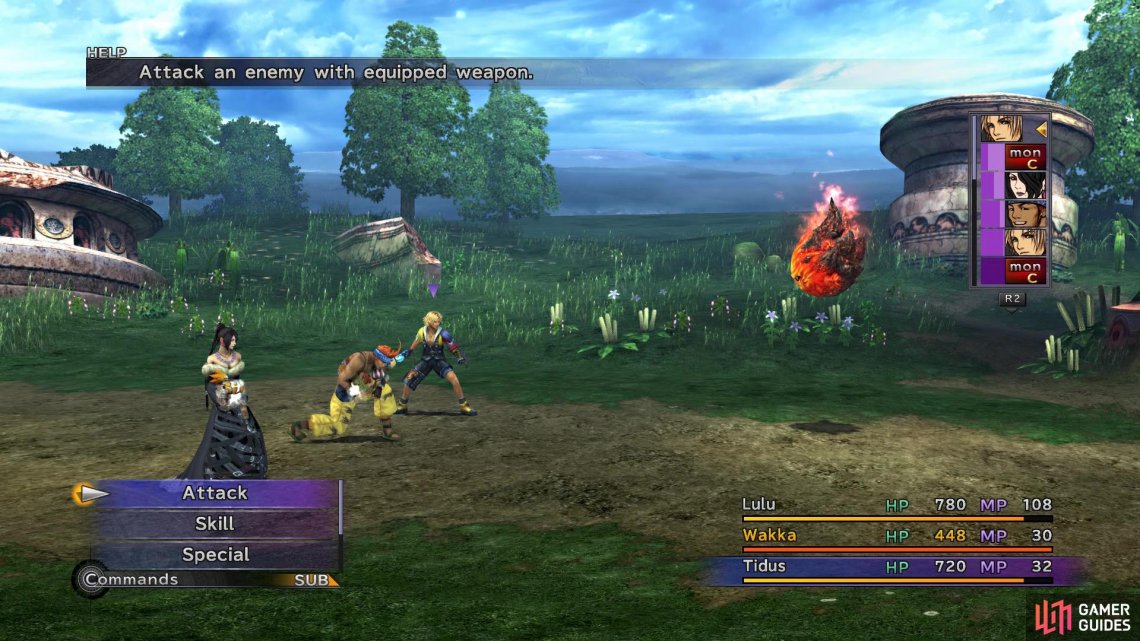 Bombs can be pretty dangerous enemies on your first trip through the Mi’ihen Highroad, as not only do they have high HP and can come in a pack of three, but their Self-Destruct move can deal upwards of around 600 damage to a character, if it manages to get it off. At first, they will only do a physical attack against a single character, but if they are attacked by a single-target move, then they will grow in size. Once they grow in size at least once, then they will start using Fire on a character. If they grow in size three times and have not been defeated, then they will use Self-Destruct. Note that all of the Bomb’s attacks, including its normal one, are fire-based, so NulBlaze can actually negate Self-Destruct; you could also summon Ifrit with Yuna to make any battles with Bombs a joke.

The Bombs you fight at Home are no different than their previous counterparts, except that they have different stats and Self-Destruct will deal 1,000 damage.