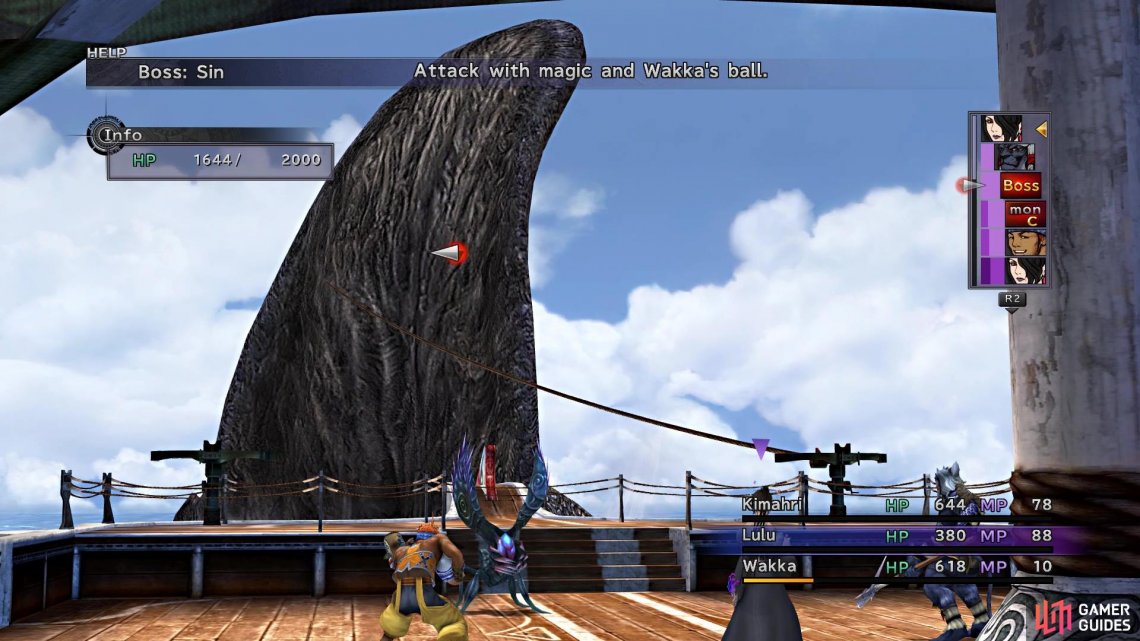 You will be fighting only a fin of Sin, which will be in the water the entire time. Because of this, only ranged attacks will be able to reach it, so that limits the characters who will be able to participate in battle. Sin actually doesn’t do anything itself here, as it will just move around whenever its turn comes up in the turn order. However, that doesn’t mean you won’t take any damage, as Sin will release Sinscales that land on the boat. So, you will have to contend with three Sinscales that will continually respawn, but only if you defeat all three of them. It’s very important to swap in each character and have them take any action (even defending), so they gain AP at the end.

So, it is possible to eliminate two Sinscales and leave the third one alive, meaning you only have to worry about a single enemy dishing out damage. One good thing about this battle, though, is that since Sin doesn’t deal any direct damage, you can use the Sinscales to grind out some AP. Each one yields 2 AP (3, if Overkilled), so you could use a team of physical attackers (Tidus, Wakka and Kimahri) here. Have Tidus use Cheer five times to buff their attack/physical defense, which should hopefully be enough to one-shot the Sinscales. As far as Sin goes, Lulu’s black magic, Wakka’s physical attacks, Kimahri’s Lancet, and Yuna’s Aeon, Valefor, will be able to hit it. The only character who is useless on Sin itself is Tidus.