The Besaid Aurochs will play two games in the tournament, although the first game is experienced only through cutscenes, with the Aurochs being the winner. It is the second game, against the Luca Goers, that you will actually play, and it will be a challenging game. During the first half, you will not be able to assign any Techniques and the Goers’ stats are typically better than your players. Thus, you should play defensive during the first half, as you want to prevent the Goers from scoring as little as possible, and maybe even not at all. There is actually a few tricks here, though, you can do, in order to pretty much lessen the chance of the above happening. 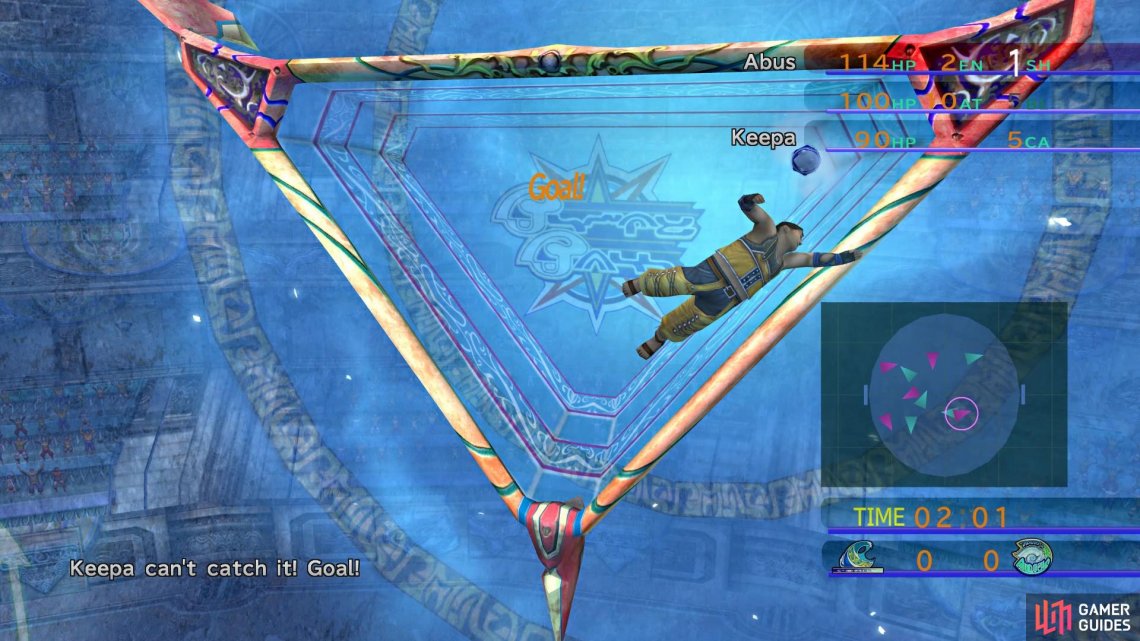 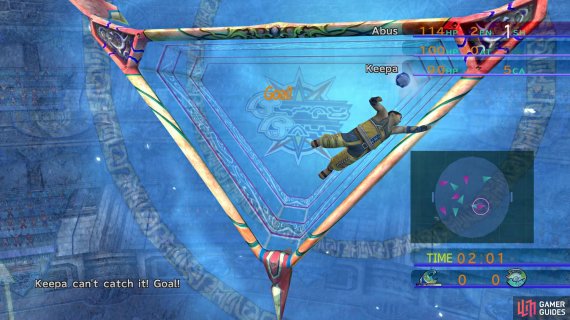 The Luca Goers are very tough during this game (left), You can hide out behind your goalie to make sure they don’t score (right)

Note: You do not have to win this game, as the reward is nothing but a Strength Sphere, which is nothing important that cannot be gotten later, but it’s the fact that winning can feel good.

As soon as you gain control of the ball during the first half, switch your control from Auto to Manual A, which basically moves you according to the mini map in the lower right corner. What you will want to do is position your character behind your goalie and if set right, your opponents will completely ignore you and not come near you at all. This is a great tactic that is also a double-edged sword, as your characters aren’t going to gain any experience for Blitzball, and you want Tidus to gain some to get a slot for a Technique.

So, the other option you have for the first half is to pass the ball back and forth between your players, with a priority given to Tidus, since you have that slot. Hopefully, the Luca Goers don’t get the ball and score on your team. One goal might be fine, but two goals on you might prove to be too much. If you really want to win and are down 2-0, then you might want to reset and try again. Once halftime rolls around, you will be able to equip your players with Techniques, although the only one that matters here is Tidus’ Jecht Shot, assuming you gained enough experience to be able to use it. 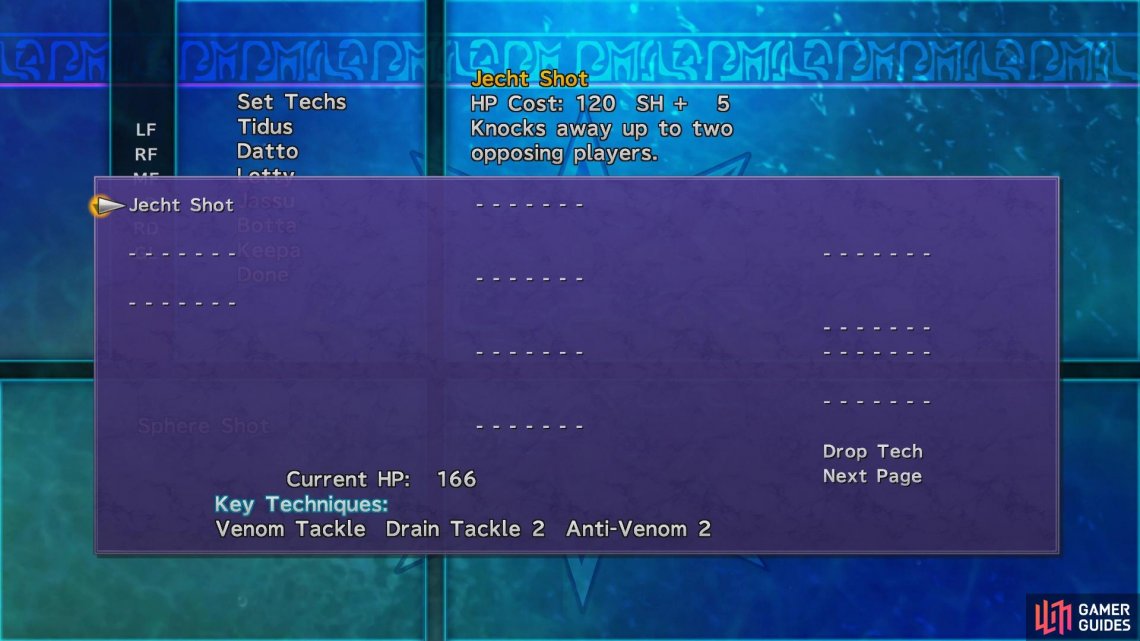 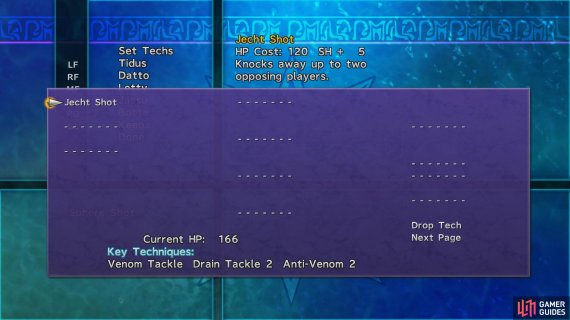 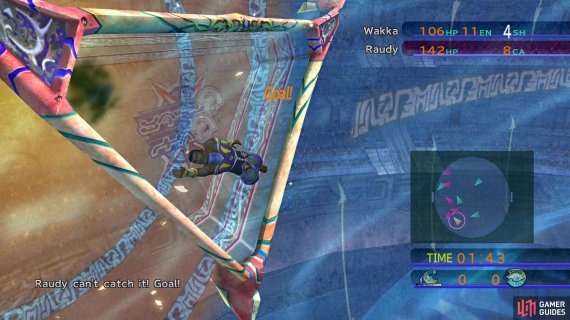 The second half will be a bit different, though, as Tidus will only be in the game for three minutes, after which, Wakka will come in to replace him. Your goal, then, during those first three times, is to get at least one goal with Tidus and Jecht Shot. The reason this Technique is so powerful is that it knocks away two defenders, so it will be easier to get a clear shot on the goal, plus it adds to the SHT stat when using it. If you happen to score a goal and not have the Goers score at all, then you can use the “hiding” strategy from above. Should you happen to need more than one goal, Wakka’s Venom Shot, while not knocking away blockers, does increase the SHT stat.

As mentioned above, there is no big prize for winning this game, other than a Strength Sphere. So, if you happen to have bad luck with it, then just let the game continue on to the next segment.