The Djose Highroad is a pretty standard area, for the most part, but you will need to watch out for the Basilisks. These creatures have a skill called Stone Gaze that will petrify a single party member, and should a petrified character get hit with a physical attack, they will shatter and be removed from that battle. There’s nothing you can really do to protect yourself from this, as they will start a battle with that move if more than a single character is alive, so it’s a good idea to purchase a number of Softs from O’aka in the area from Operation Mi’ihen. He’s found right at the end, so head back after entering Djose Highroad. 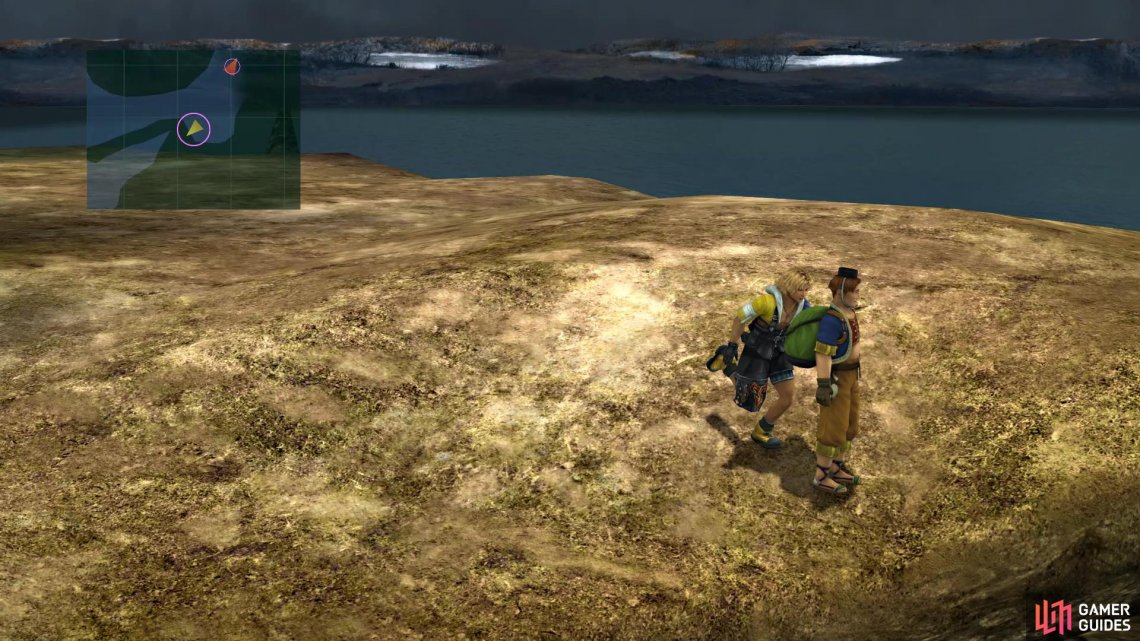 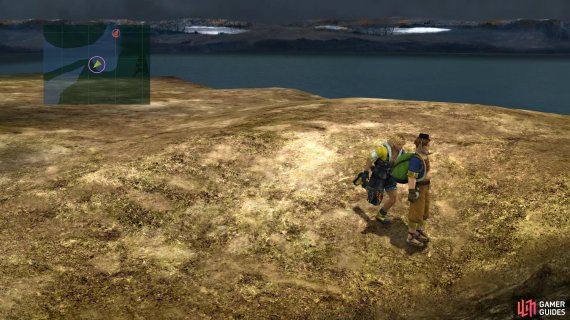 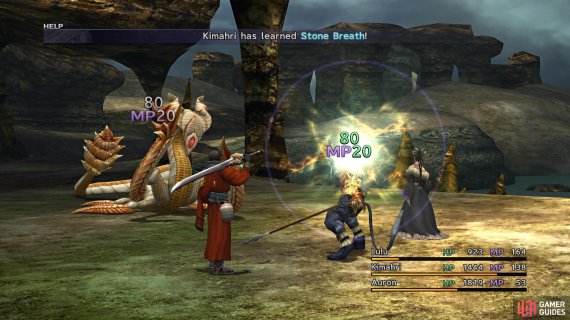 Purchase some Softs from O’aka before going to the Djose Highroad (left), Kimahri can learn Stone Breath from the Basilisks (right)

For now, just head north and open the chest on the left side you will eventually run by for two Phoenix Downs. Not too far after that chest, once the camera starts panning over to the right a touch, look behind the rock pillar for Al Bhed Primer Vol. XI. You might need to slowly move away to get the item in view, as it is hidden pretty well behind the pillar. As you continue on the road, speak with the NPCs to get more free items, like a Hi-Potion and a Soft Ring. The latter is a very nice piece of equipment, since it has Stoneproof on it, meaning that Yuna will be completely immune to the Basilisk’s Stone Gaze. 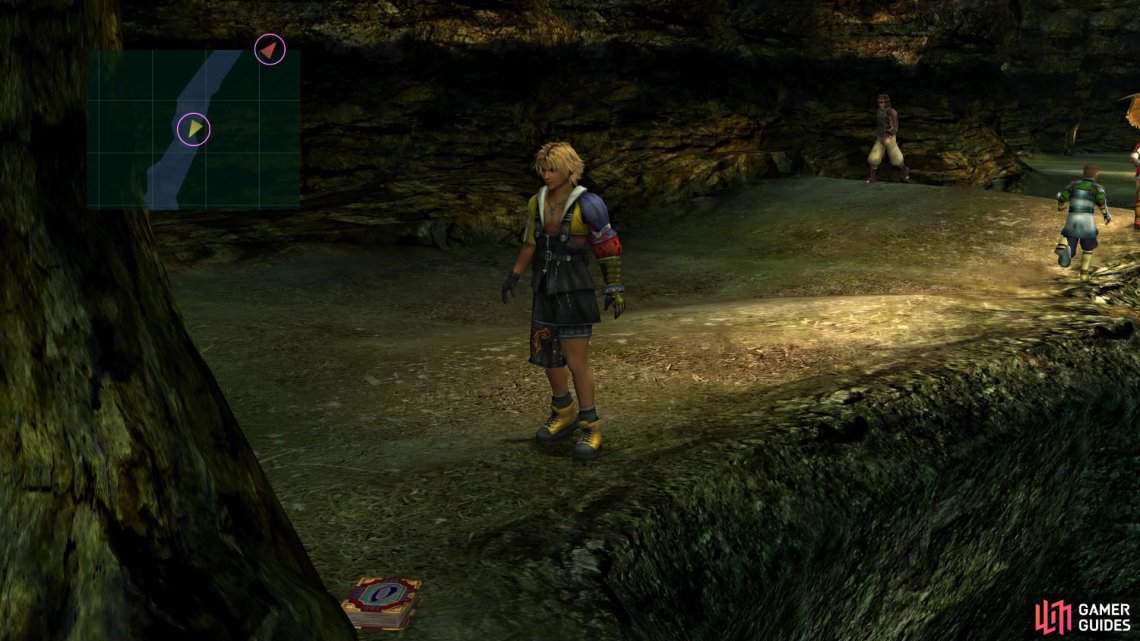 Continue north and look for the little added bit on the minimap, where you will find a chest with a Bright Bangle inside. As you come across more NPCs, speak to them for more items, including an Ether, a Mega-Potion, and a Variable Steel. Eventually, you will reach a fork in the road and off to the right you go, towards the Djose Temple.

Push forward and speak to the NPCs by Yuna, who are the Chocobo Knights from earlier in the game. Up ahead will be the temple’s entrance, which has a bit of a fancy way of making itself known. Before going inside, there will be chests off to the right and left. The one on the right is behind the building and contains four Ability Spheres, while the one on the left is behind Lucil and holds 4,000 Gil. Also, if Gatta survived the decimation earlier, then he can be found on the ground to the right of the entrance, so approach him for a scene. Enter the main temple to get ready for the next Cloister of Trials.