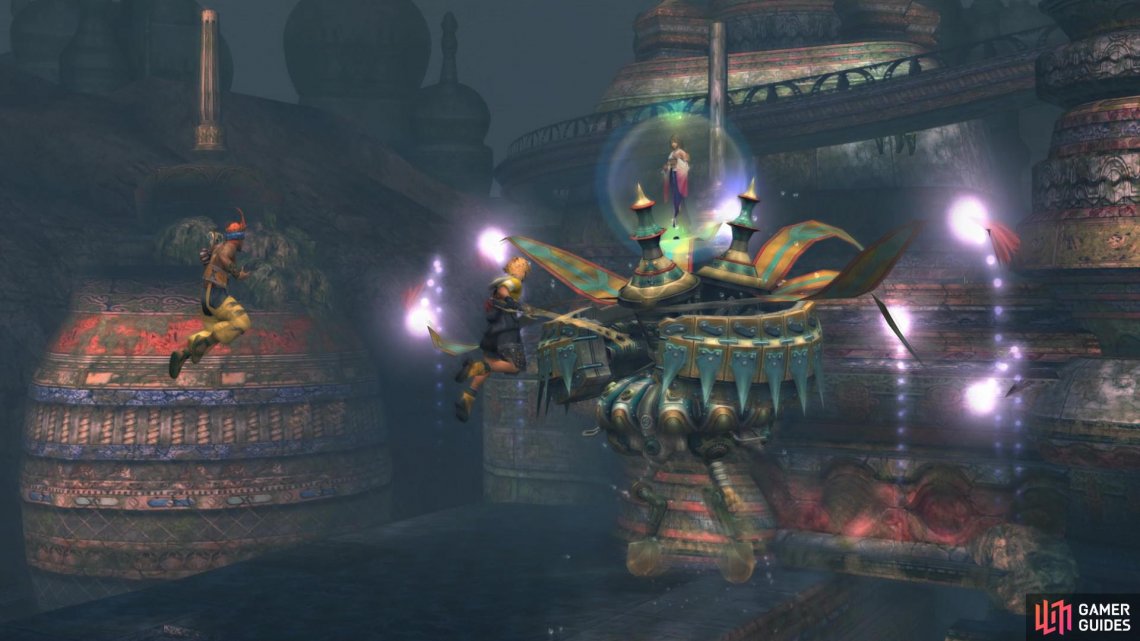 This fight takes place underwater and you’re forced to use both Tidus and Wakka only. That means you’re short a third party member, as well as someone who can heal using spells, so you will have to resort to Potions and Hi-Potions. As the name suggests, Aqua Shooter is a magical attack that is water-based, so if you happen to have any armor with resistant to Water on it, then you can mitigate that attack somewhat. Upon beginning the battle, the Extractor will use Aqua Shooter twice, then get ready for its next attack.

It does this by rising into the air, but it doesn’t unleash the attack right away, as it will wait until the next turn to do Depth Charges. This attack hits both characters for some good damage and has a chance to inflict Darkness. Thankfully, though, you have a chance to cancel the Depth Charges attack, as long as you deal enough damage to the Extractor whenever it’s rising (around 500 damage or so total). You could also use Provoke to cancel the Depth Charges, but doing this will make Aqua Shooter stronger.

Overall, this is an annoying battle, due to only having two characters and having to resort to items to heal. Tidus should open up the battle by casting Haste on himself, then on Wakka. If you have access to Slow, then you can use this on the boss, meaning that you should get a lot more turns. If things aren’t looking so bad, damage wise, then have Tidus spend a few turns casting Cheer to increase both characters’ strength, as the defensive boost from it shouldn’t do anything for Aqua Shooter and you should be trying to stop Depth Charges. If you gain access to Wakka’s Element Reels Overdrive, try to aim for the lightning hits on the slots.