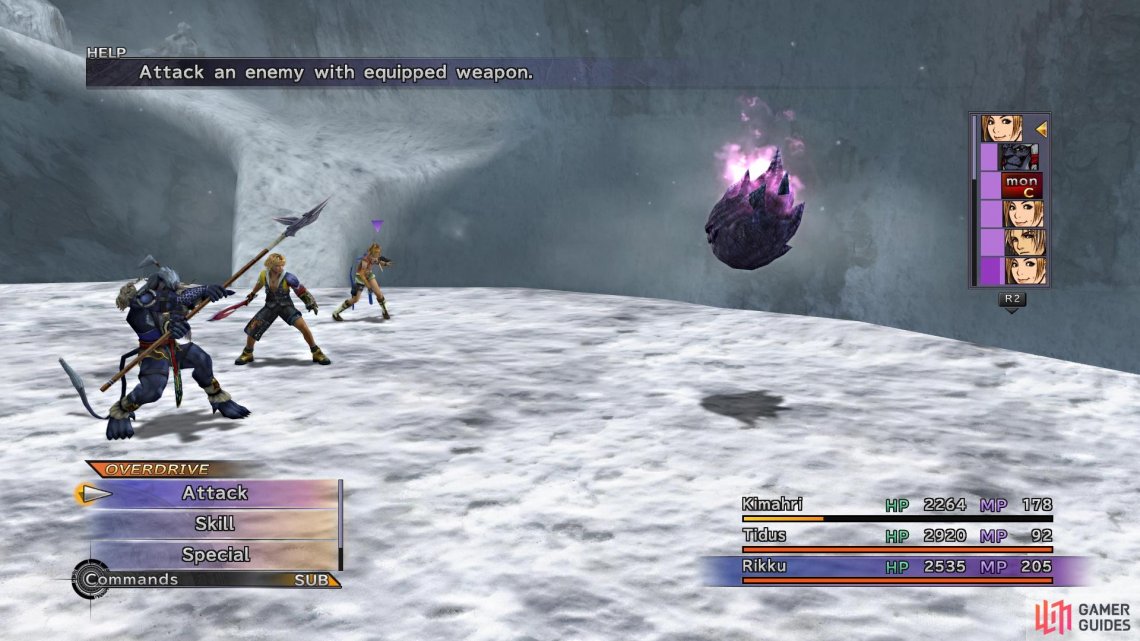 The Grenade is a fiend that you can find in the outside areas of Mount Gagazet. It is similar to the other Bomb creatures in the game, as hitting it with single-target attacks will cause the creature to grow in size. After growing three times, they will Self-Destruct and deal 600 damage to a single character. When they haven’t grown, they will use a physical attack, which is actually fire-based. After growing at all, they will use Fira to attack a single character. Despite being weak to Ice, they have pretty high magic defense, so it’s not a good idea to actually use Ice spells, in fear of Self-Destruct.