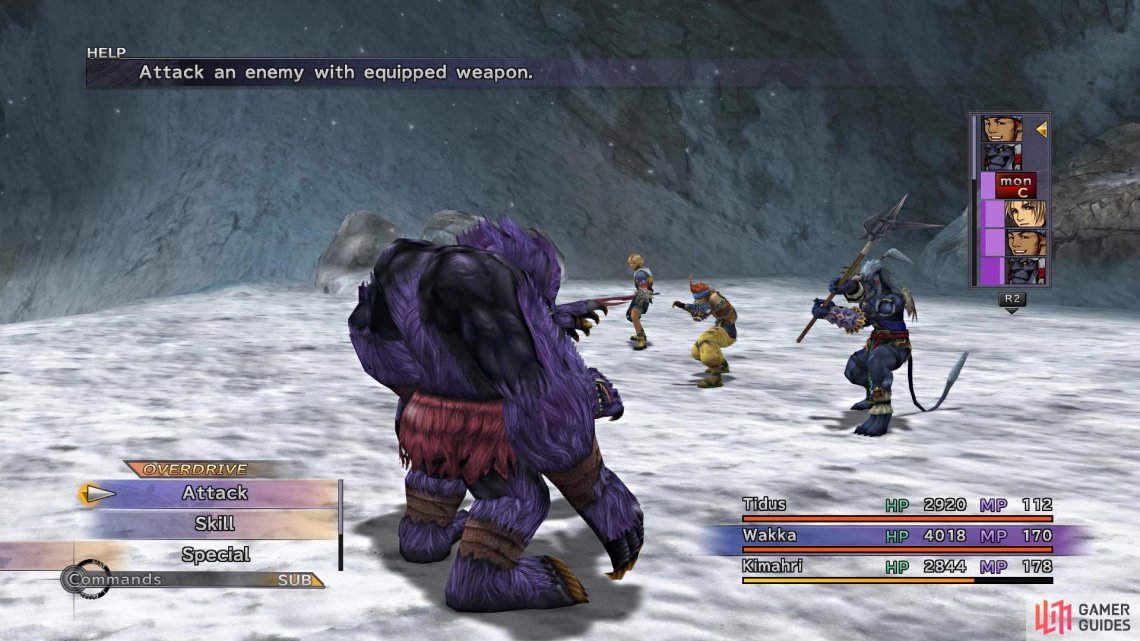 The Bashura is a fiend that can be found throughout the entirety of Mount Gagazet, as well as in the first area of Zanarkand. It is similar to other enemies of its species, as it will mainly use physical attacks to attack your characters. Note that it does have an extra skill, called Psyche Up, which will increase its Strength, Defense and Magic Defense. Once it reaches 50% HP, the Bashura will raise its fists and counter any attacks that come its way. After three turns of having its fists raised, it will put them down. You can do anything to take this fiend down, although it is weak to Fire and has pretty poor Magic Defense.