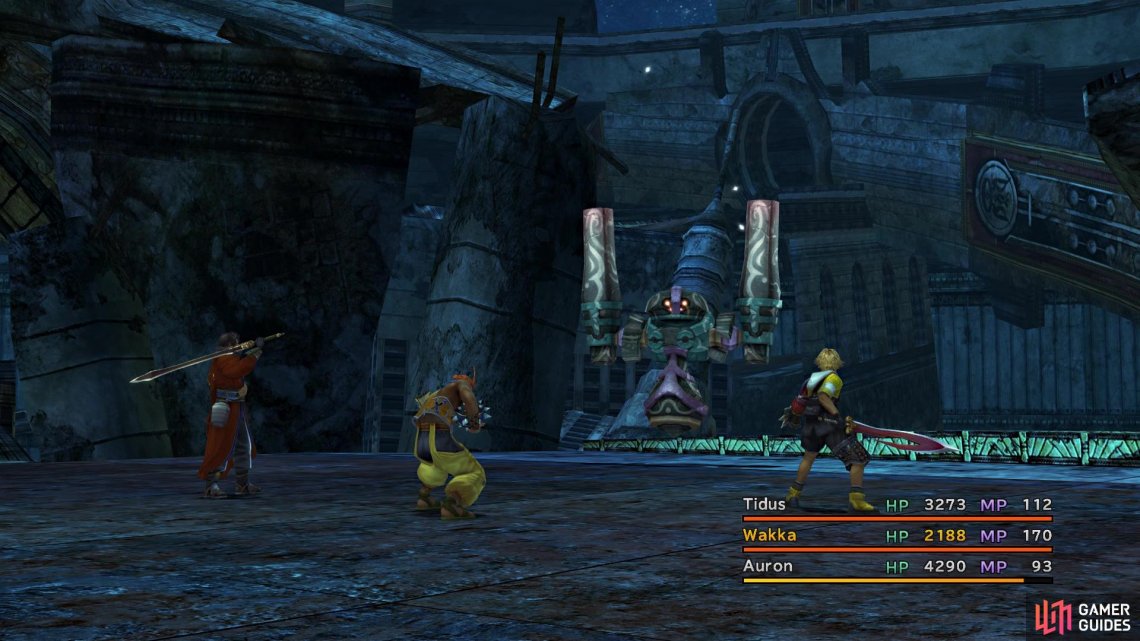 The YAT-97 is an enemy that can be found in the latter area of Zanarkand. Initially, it will appear behind other enemies, where it can either target a single character or the entire party with its attacks. Once you defeat the front line of enemies, your party will move forward and it will only be able to attack single characters. Despite being weak to both Fire and Water, it has high magic defense, so it’s best to avoid using magic.