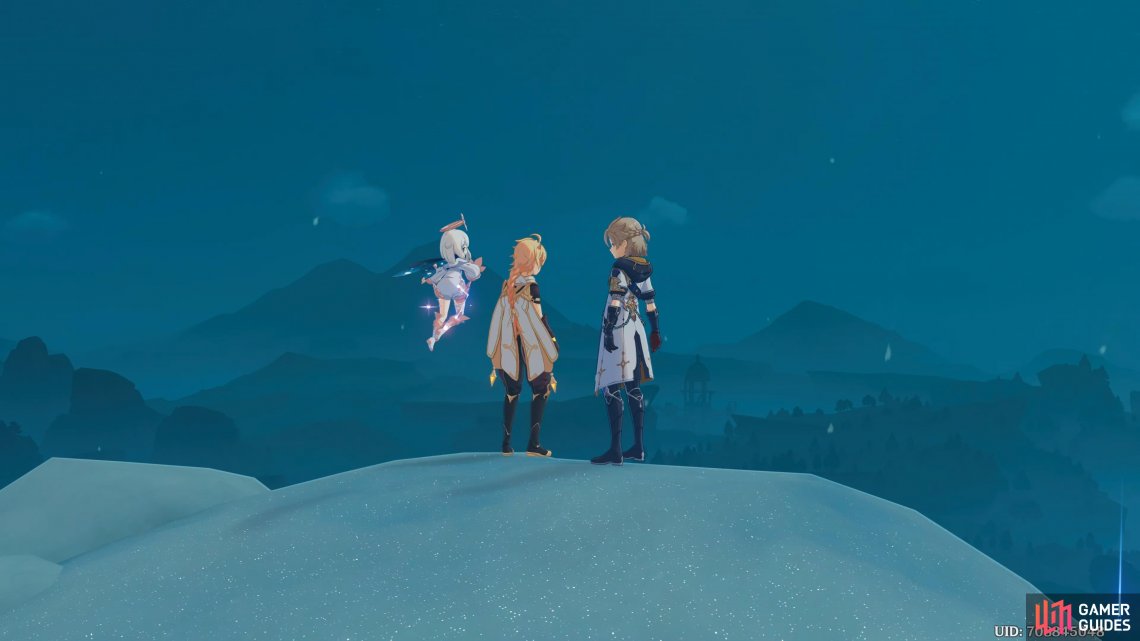 The Chalk Prince and the Dragon is a Limited Timed Event and it first appeared on the 23rd December 2020 with it running through until the 5th January 2021. It consists of four phases which will unlock on different dates. The event is essentially a story quest for Albedo.

The first thing you’ll notice about Dragonspine is the new gameplay mechanic Subzero Climate. What will happen is, whilst traversing the area you will start to get cold, this is called the Sheer Cold status and this is indicated by a blue meter above your Health bar.

The status will accumulate at approximately 1% a second, certain actions like swimming in the water or being in a Snowstorm will increase the rate even further, at around 3/4 of the meter, it will begin to flash, meaning in 30 seconds the Sheer Cold status will hit its peak dealing 2% of your Health a second.

To counter this status, you’ll need to find a heat source. Heat sources come in different varieties, Bonfires, cookpots, Torches, Ruin Braziers which can be activated and Warming Seelies, some food recipes such as Goulash will slow the rate that it accumulates. Teleport Waypoints and Statues of The Seven will also reset your Sheer Cold status.

Head to the location of the next experiment¶

Head west of the lab and up the trail, lighting any torch or bonfire you come past and continue heading southwest, there is a Ruin Guard (with some new tricks) to your right but that is not part of the quest so avoid it for now and continue up the trail. 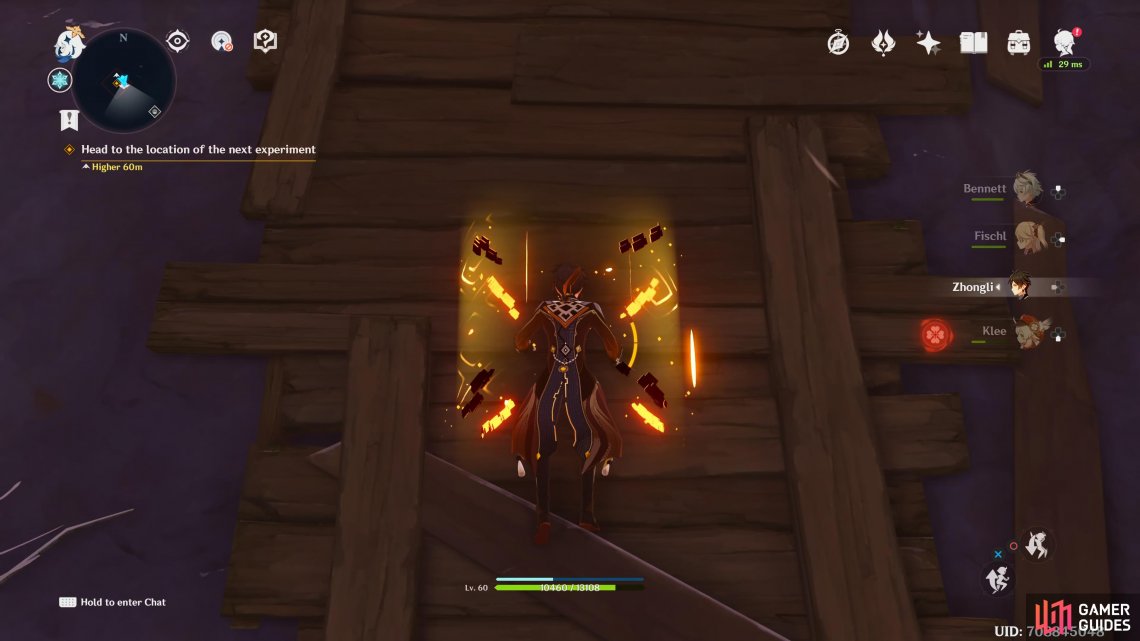 As you come to a dead end, you’ll see some Hilichurls guarding a chest, ignore or fight them and climb up the wall in front of you, as you reach the top, there will be another two Hilichurls again, same as before, fight or flight but make sure you pick up the Crimson Agate wedged in-between them, this is used to level the Frostbearer Tree so be sure to pick it up. Continue west, then northwest ignoring the Frostarm Lawachurl, (if you do fight it, it will drop a Luxurious Chest, Pyro and Electro will make short work of it), finally head north and climb up the mountain in front of you to reach the top.

Reach the target location within 70 seconds¶

After talking to Albedo, you’ll have to do a small gliding challenge in the allotted time, nothing special here, just jump off and glide through the first set of white rings. Pick up the glowing crystal at the bottom to make the next set of rings appear, jump through them and pick up the second crystal, do this one more time, on to the riverbed where the third crystal is and then finally swim or jump across the icy river where the final crystal is to finish the challenge. 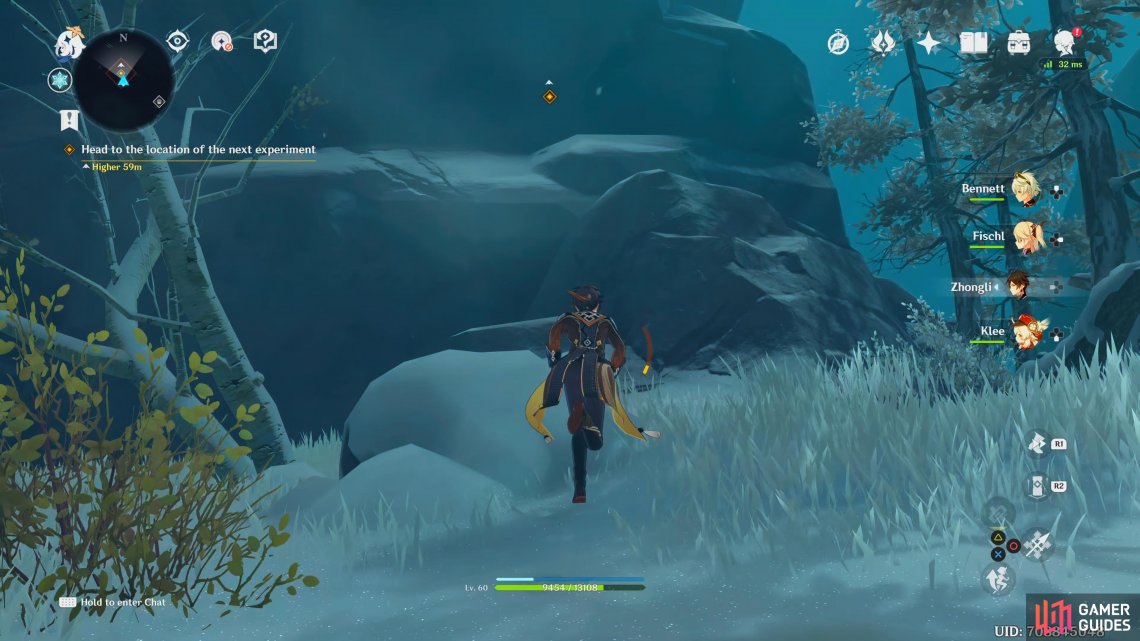 (1 of 4) Climb the mountain to reach the quest objective

Talk to Albedo and hear his conclusions¶

Speak with Albedo who is just outside the camp to finish the quest.