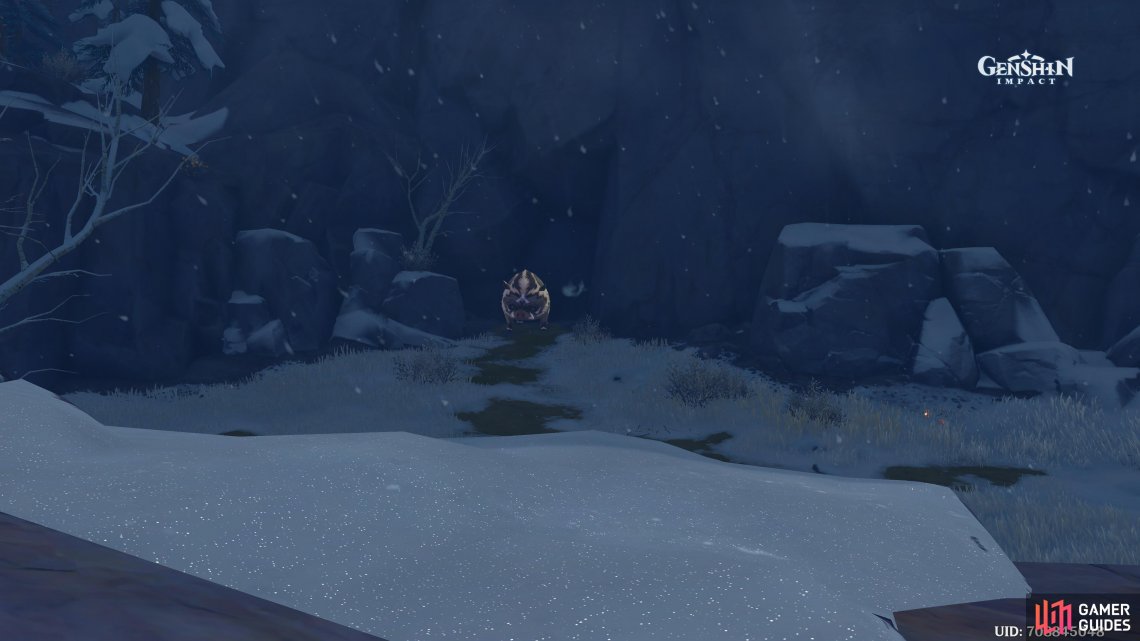 Harris, the chef at the foothill camp, has received inspiration from an ancient recipe and would like to create an all-new gourment dish. For this, he first requires 10 servings of Chilled Meat…

You pass the ten slabs of Chilled Meat to Harris. Harris then commissions you once more to get a slab of the Great Snowboar King’s meat…

You have gathered all the ingredients, and Harris has also come up with his recipe. However, he seems to want you to make this Goulash with your own hands…

Talk to Harris at the Dragonspine Adventurer Camp to start the quest, he’ll tell you that he’s putting together the final touches to an ancient recipe but needs a few more ingredients to complete the dish.

This is where you come in, after some dialogue, he’ll ask for some Chilled Boar Meat and that ten portions would suffice.

Chilled Meat come from boars that are encased in ice, these can be found all around Dragonspine. The best location to find them is a little to the southeast of the Statue of the Seven, to break the boars from their icy prison, you’ll have to use a Pyro skill on it, once the ice melts, the boar will attempt to run away, attack it once to obtain the Chilled Meat. 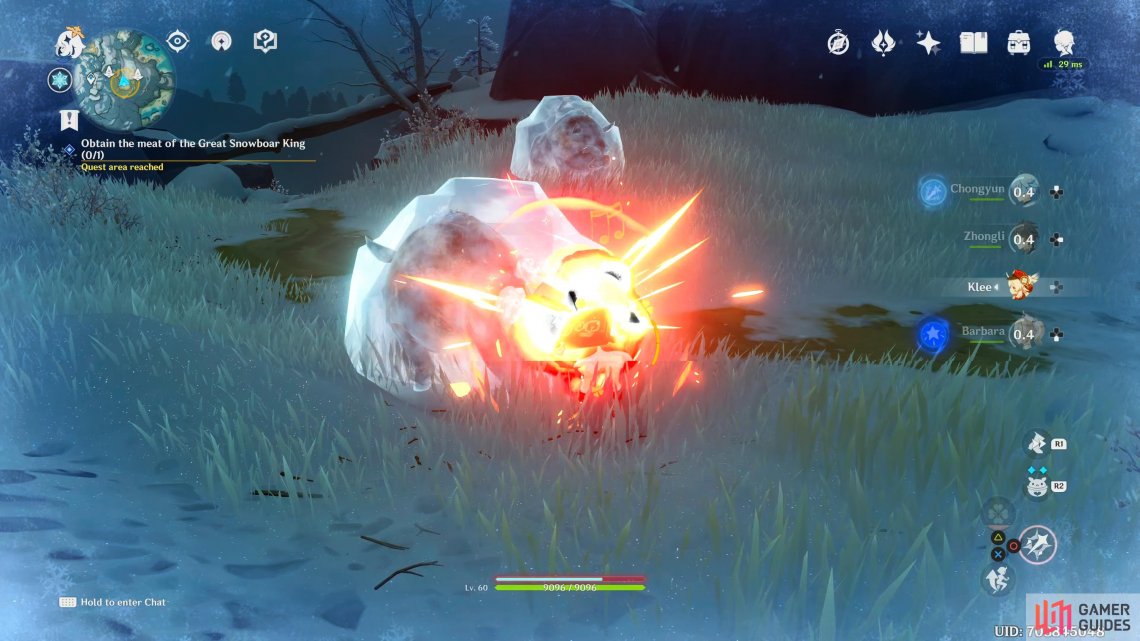 Use a Pyro skill to free the boar from its icy prison….and then kill it.

Head back to the Dragonspine Adventurer Camp and talk to Harris once more and he’ll thank you for your hard work but he will ask for one more favor, the meat from the legendary Great Snowboar King.

The Great Snowboar King can be found at the Ancient Palace, east of the Entombed City and a little to the south of the word “Ancient” on the map. Head to the location and clear out all the boars encased in ice, doing this will spawn the boss. 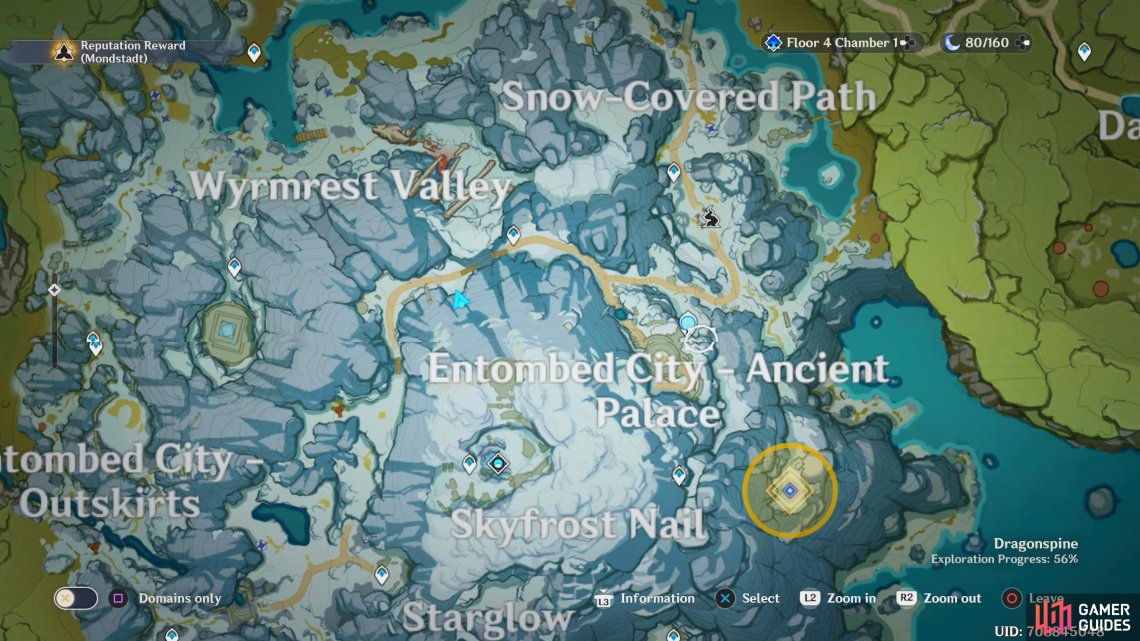 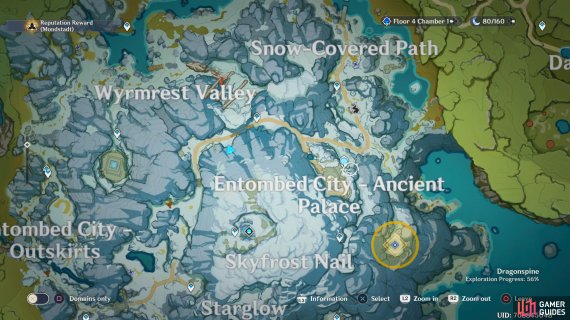 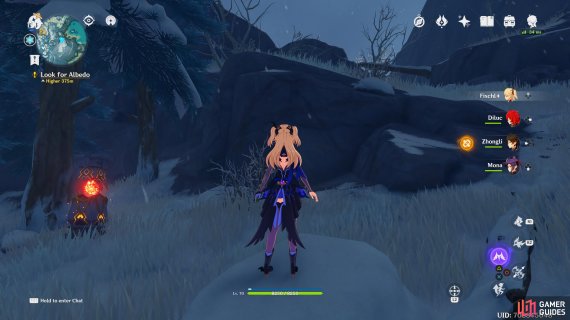 The boss can be found just to the southeast of the Statue of Seven (left), if your Sheer Cold Gauge gets high during the fight, head north to find a Warming Totem, make sure to not go too far away as it could reset the fight. (right)

The boss doesn’t have a lot of attacks but the one’s it does have, hit hard. It is recommended to bring a Shield character like Noelle, Zhongli or even Diona to help negate as much damage as possible, a Pyro and Electro combination works well against it as well as a ranged character to attack it when it becomes “Berserk”, this happens when its eyes turn red around 50% of its health.

The Great Snowboar King has three different attacks as well as a berserk mode:

Charge: The boss will lock on to you and then charge straight at you dealing major damage if it connects, dodge to the side at the last second to avoid this attack.

Snowboars: It will conjure up four smaller boars and then proceed to launch snowballs from each boar including itself at you from range, get to the side or behind it to avoid and also get some free attacks in. 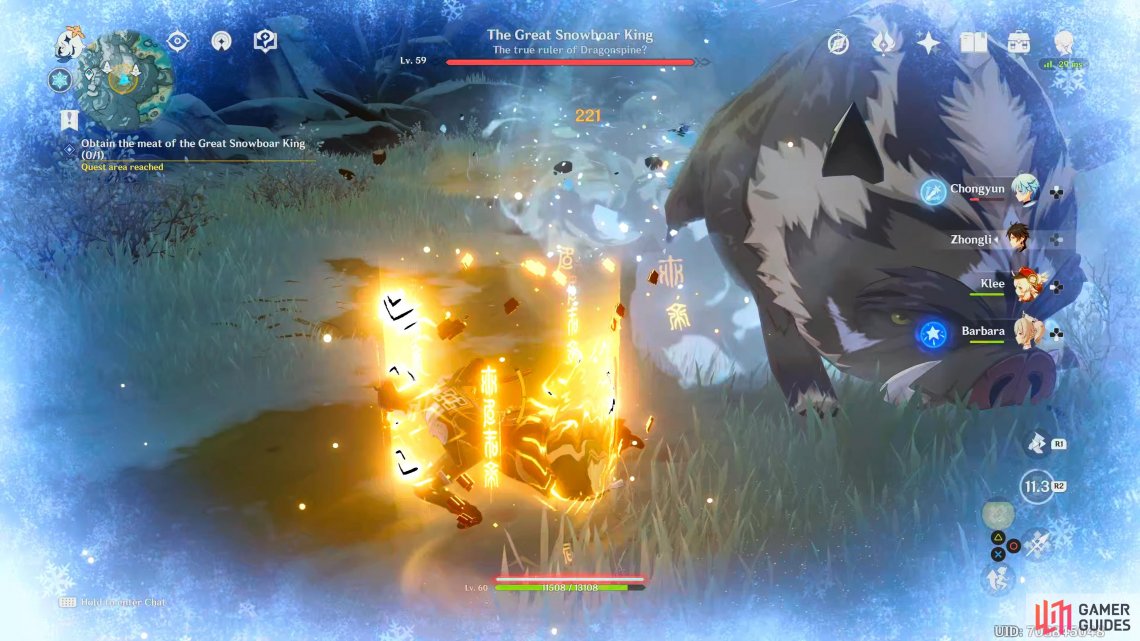 When you see the boss leap into the air, it will slam down which will make multiple icicles hit the red AoE markers on the floor, stay away from the boss and its markers when this happens.

Berserk: Around the halfway point of the fight, the boss’s eyes will turn red, this will increase its damage at the cost of its defense, be more passive when this occurs because each attack from the boss could be fatal.

Once defeated, pick up all the meat, open the chest and then head back to the Dragonspine Adventurer Camp.

Make Goulash and give to Harris¶

Use the cooking stove right next to Harris to cook Goulash and then give him the dish. 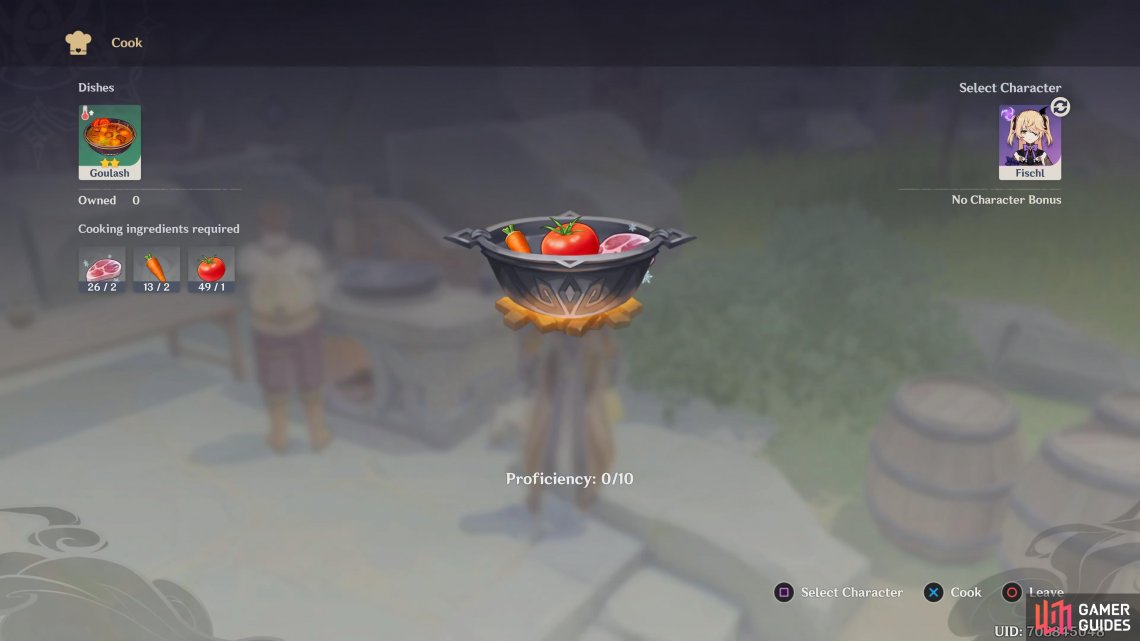 Goulash is great for traversing Dragonspine due to its warming properties.

Harris will tell you to come back later this evening to get a batch of the Goulash, stay where you are and go in to the menu, click on the clock icon and set the time to 18:00. Speak to him one last time to receive five bowls of Goulash and complete the quest.