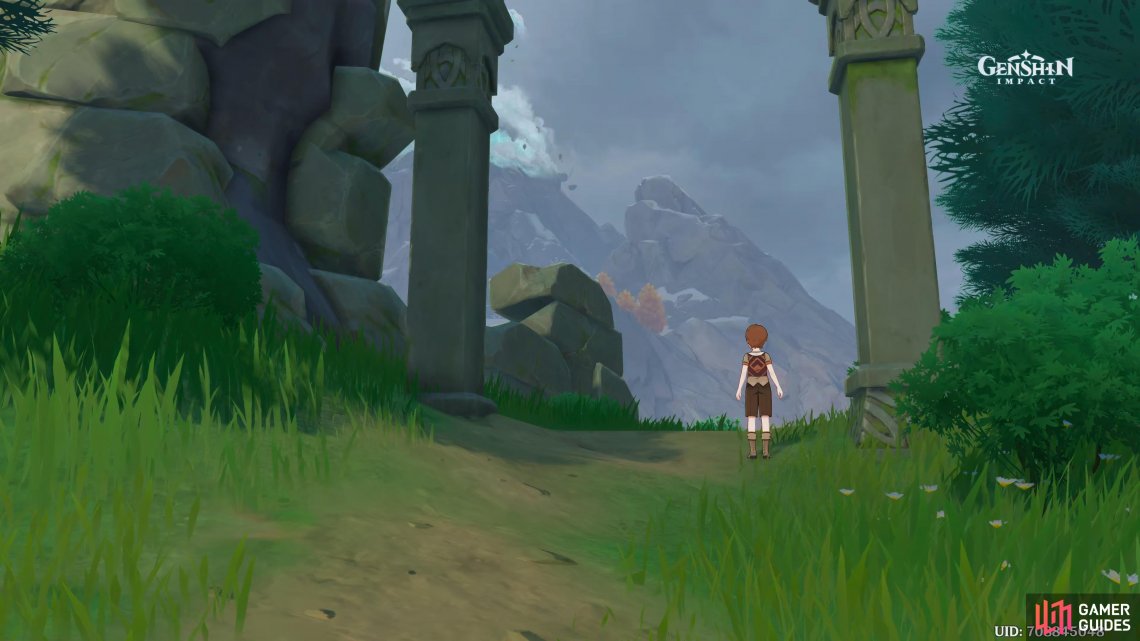 Joel is looking for his father, who said he was adventuring in Dragonspine.

Follow the Snow-Covered Path to search for Joel’s father¶

Teleport to the Dragonspine Adventurer Camp and you’ll see a little boy standing near the entrance to Dragonspine, he’ll tell you that his Daddy should’ve met him here but he has not come and it’s past the arranged time that they had, according to the Knight of Favonius he went further into Dragonspine, agree to look for his Dad to start the quest. 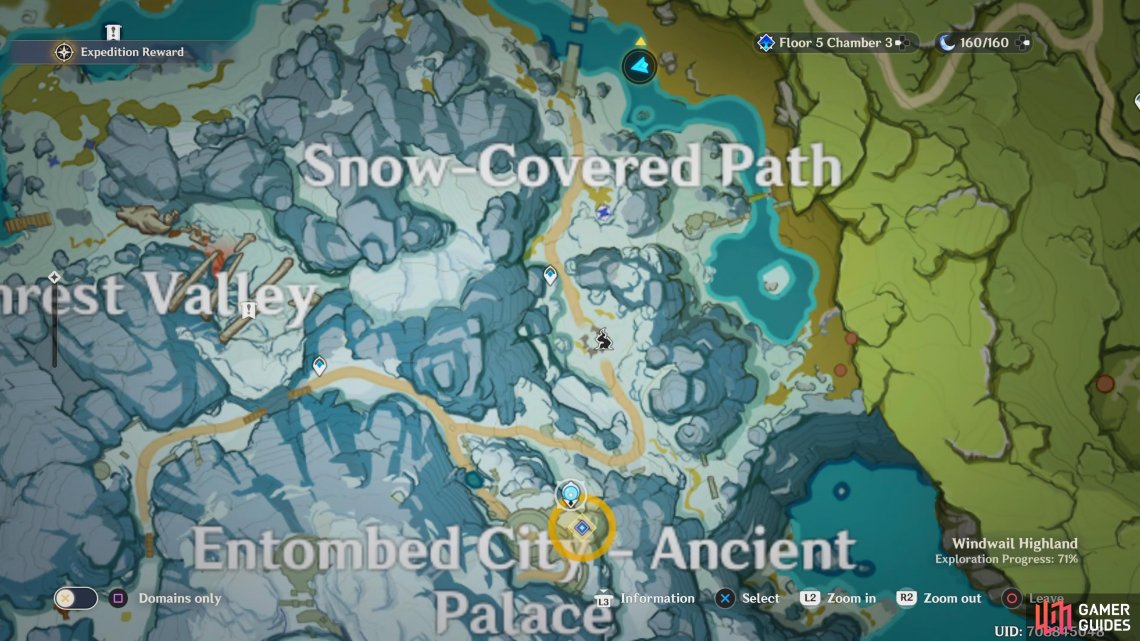 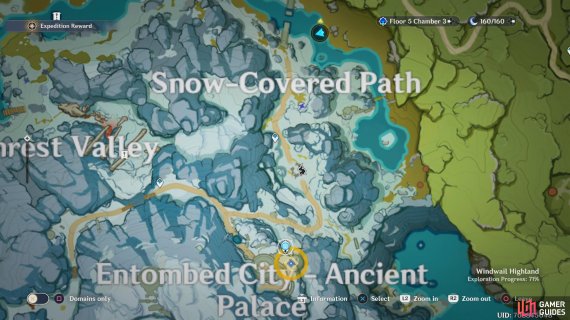 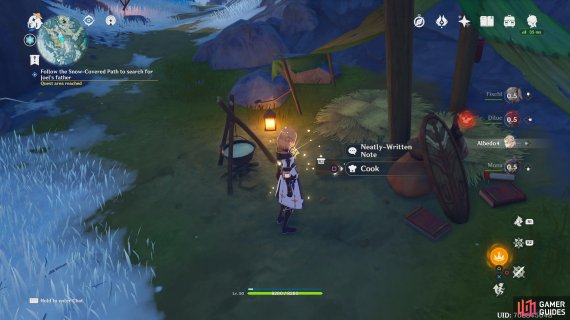 Glide down from the Statue of the Seven waypoint to find a small camp at the bottom (left), as you approach the campsite, you’ll be attacked by some Hilichurls. (right)

Walk up to or teleport to the Statue of The Seven if you have it and glide down to a small camp, as soon as you reach it, some Hilichurls will spawn, defeat them with Pyro and Electro and then rummage the camp for some notes, apparently Joel’s Dad has gone further west. 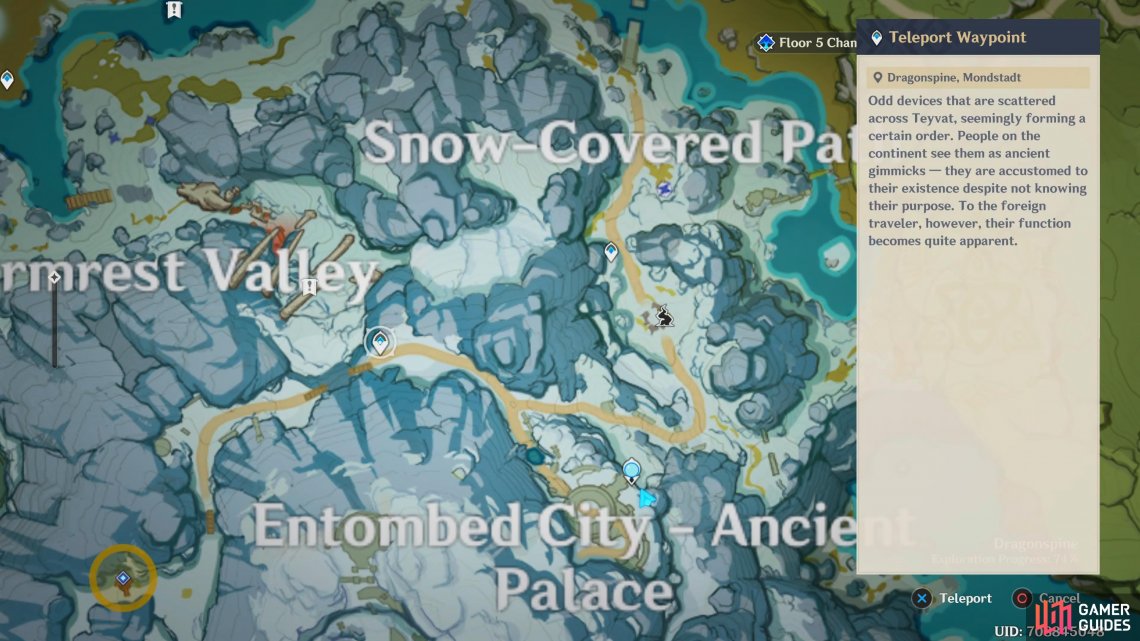 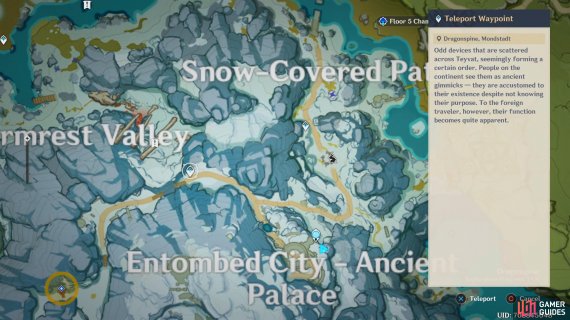 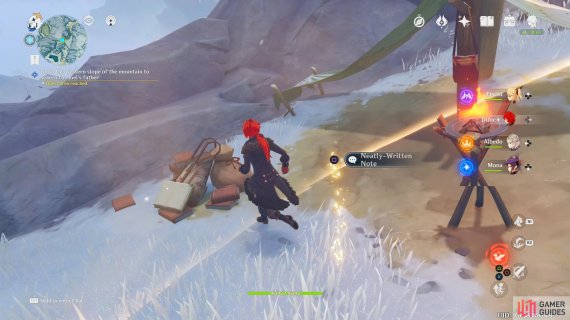 Teleport to Albedo’s campsite and follow the dusty patch west and then south (left), Run away or fight the Frostarm Lawachurl who resides near the camp. (right)

Teleport to the waypoint near Albedo’s campsite, glide over the broken bridge and follow the muddied path to the west and then south to another small campsite, again read the notes which suggest he’s gone towards the summit.

Note: There is a Frostarm Lawachurl here and you won’t be able to examine the notes until you are out of combat, you can run away to reset the encounter or fight it.

Head for the summit to search for Joel’s father¶

Teleport back to the Statue of The Seven and head south towards the cave with gusts of wind coming out of it and as you enter it you’ll see a wall which looks like a bunch of rocks caused by a cave-in, this is breakable so attack it to uncover another small cave, just like before, examine the notes and it suggest he will try to go down the cliff because he is trapped. 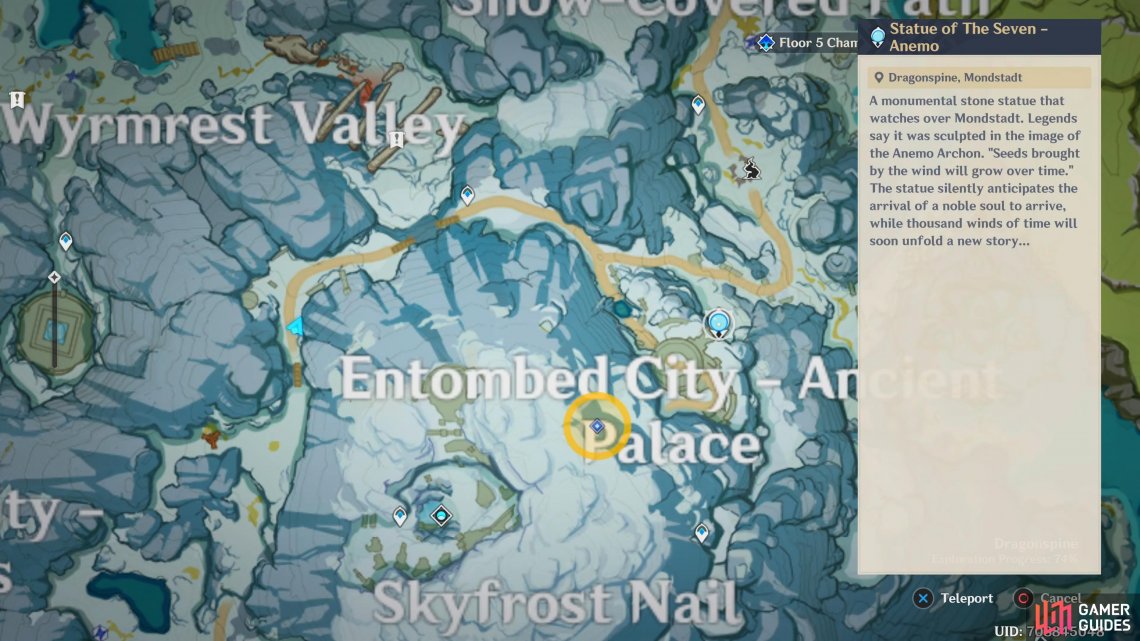 Tip: There is a small bowl next to the camp which you can put berries into, if you do this for five in game days, you’ll receive a chest containing some loot but more importantly a Crimson Agate.

Did you know: If you head down the cliff that Joel’s Dad went down, you’ll find a backpack with the book that Joel gave his Dad which implies that his Dad will not make it back…

Head back to Joel at the Dragonspine Adventurer Camp and tell him what you know and this will complete the quest.