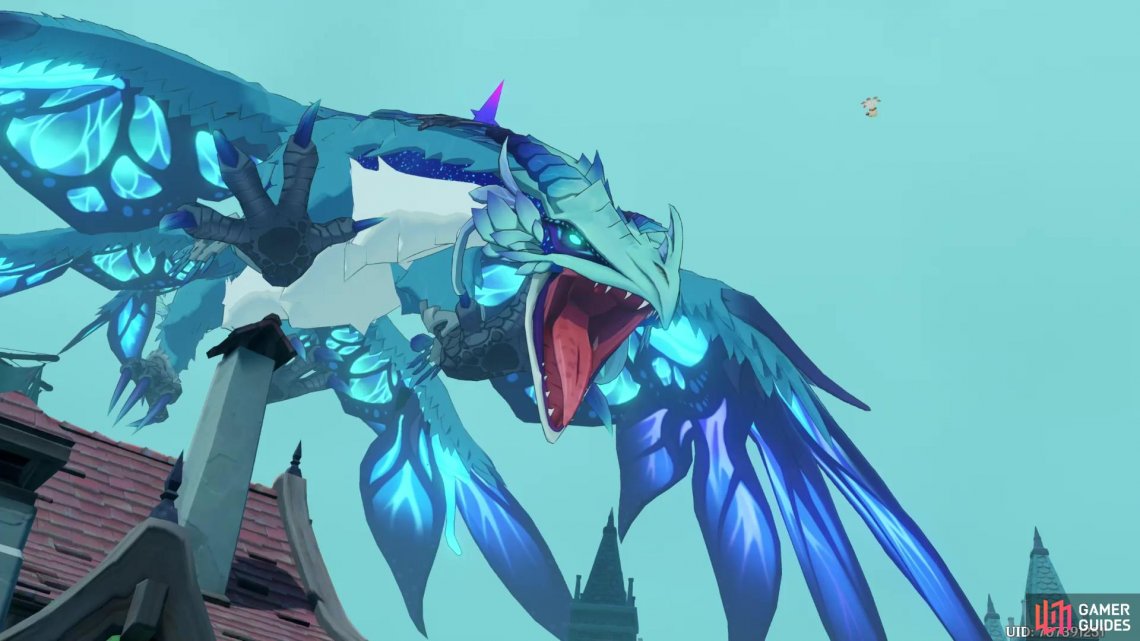 The usually-peaceful Mondstadt was suddenly assailed by a dragon. This is the Stormterror that Amber spoke of, and was the gigantic creature that you encountered in the forest earlier.

Immediately upon completing the last mission, a new cutscene will play after which you will be gliding high in the air, chasing Stormterror who is laying siege to Mondstadt. A voice asks you to “harness the power of the wind” and fend off Stormterror’s attack.

Simply aim the reticle at Stormterror and hold down the charge attack button, which will cause the Traveller to shoot out beams of light to damage him. He will dodge and weave through the sky, trying to avoid your attacks but keep firing until his health falls to around 15% at which point he will fly off.

Back on the ground, you will be introduced to another member of the Knights of Favonius, Kaeya, who cordially invites you to their headquarters. The Dressing Room will unlock after the cutscene and a short tutorial on its use will ensue. 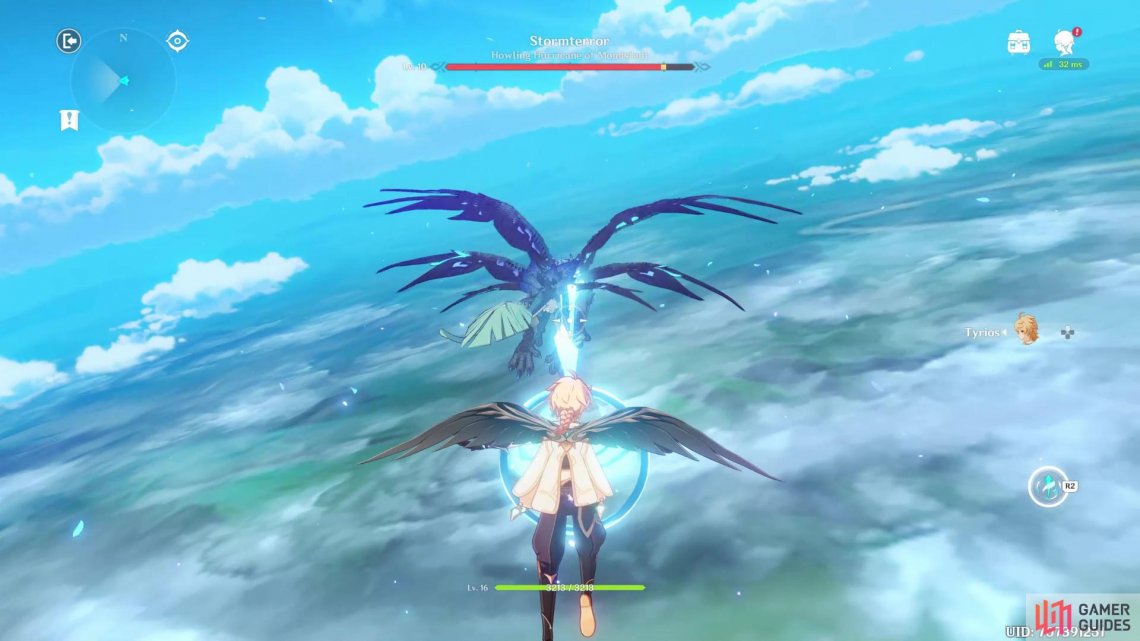 (1 of 2) Hold down the attack button and keep shooting Stormterror to deplete his HP. 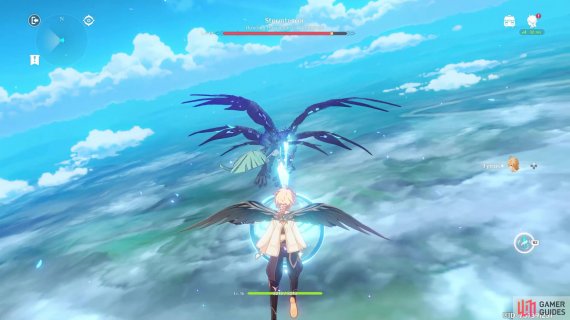 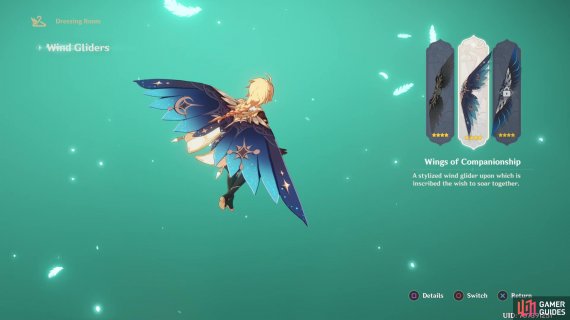 Hold down the attack button and keep shooting Stormterror to deplete his HP. (left), The Dressing Room offers a way to customize your Wind Glider and character outfits. (right)

Dressing Room: you can customize the look of your Wind Glider and Character outfits in the Dressing Room. If you have already unlocked a different Glider, you can change the look now.

Once you’ve studied the Dressing Room menu, head on over to the objective marker just out front of the Knights of Favonius headquarters. Just before you get there, be sure to unlock the waypoint shortcut nearby which will allow you to fast travel back there in future. As you reach the doors, the quest will complete.