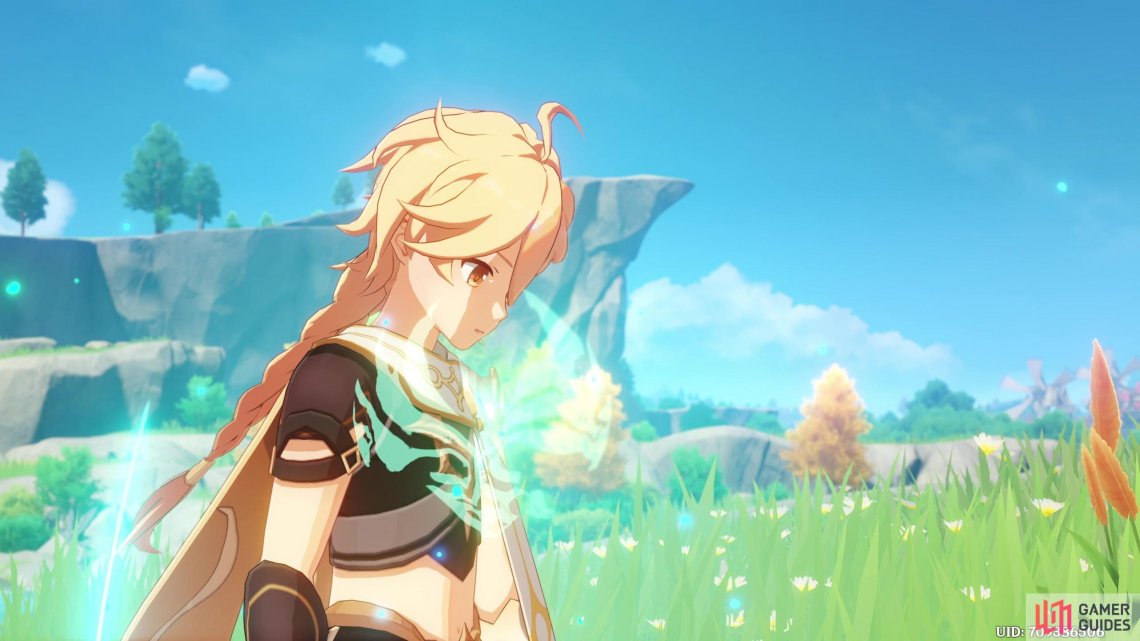 As you advanced, a Statue of the Seven appeared on the horizon ahead of you. At Paimon’s suggestion, you go to investigate.

After interacting with the Statue and little discussion with Paimon, you come face to face with a Pyro Slime. This serves as an introduction to a special attack known as Elemental Skill.

Elemental Skill: Each character in Genshin Impact uses a different Element and they all come with their own special ability known as Elemental Skill. These skills are much stronger than the basic attacks you’ve used so far and can be combined with other elements to pull off devastating combos and exploit the weaknesses of the enemies you face. If you hold the button down, you can charge the Skill. Much like the basic Skill, many characters Burst attacks do something a bit different when used. They are perfect for a lot of enemies at once and to unleash much stronger Elemental combos when chained together.

Try out your Elemental Skill on the Slime now which will send it hurtling back into the water. Two more Slimes will pop out and a new prompt will appear, asking you to hold the Elemental Skill button down to charge the attack, thus creating a much stronger version of the basic attack. Kill both Slimes with one charged Elemental Skill attack and then a final group of 4 will appear.

You may have noticed after killing an enemy, you absorb a certain amount of elemental energy. This serves to charge your Elemental Burst attack which the game prompts you to unleash on the group of Slimes. Press the button to send a vortex of wind hurtling through the group and once dead, the quest will end and a whole bunch of new menu options will be available in the Pause menu. 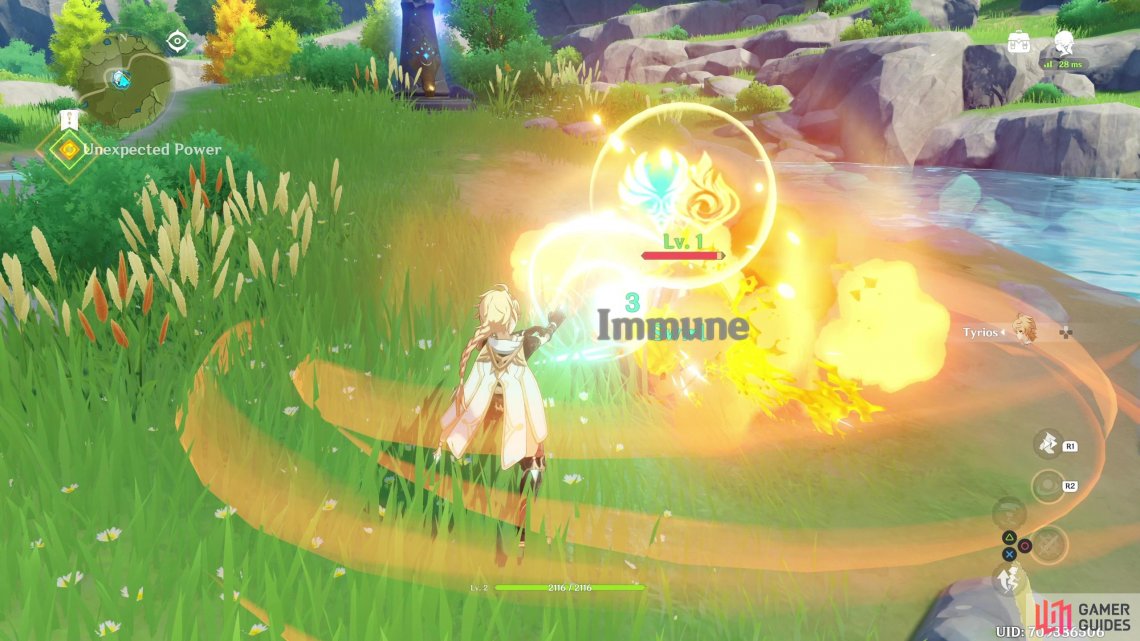 (1 of 2) Press the Elemental Skill button once for a basic attack or hold for a charged attack. 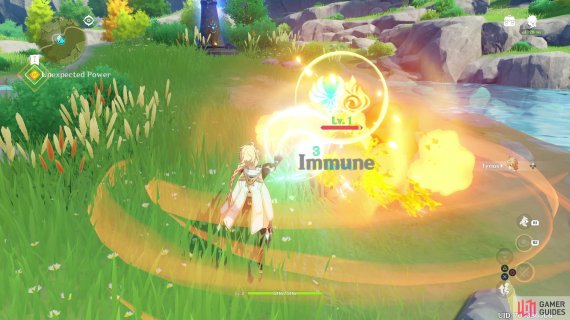 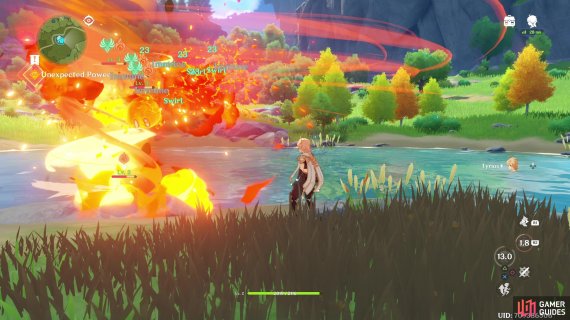 Press the Elemental Skill button once for a basic attack or hold for a charged attack. (left), Elemental Bursts are the ultimate move and can be charged by collecting elemental energy. (right)

Elemental Burst: The most powerful skill available to a character, they must be charged by defeating enemies and collecting elemental energy. Unlike the Elemental Skill, they are not on a cooldown but once enough energy has been collected, you can use it. Once again, each character has a unique Burst move which differs depending on what kind of weapon and element the character uses. See the Characters section for information on particular moves or the Gameplay section for a more detailed look at when to use them.