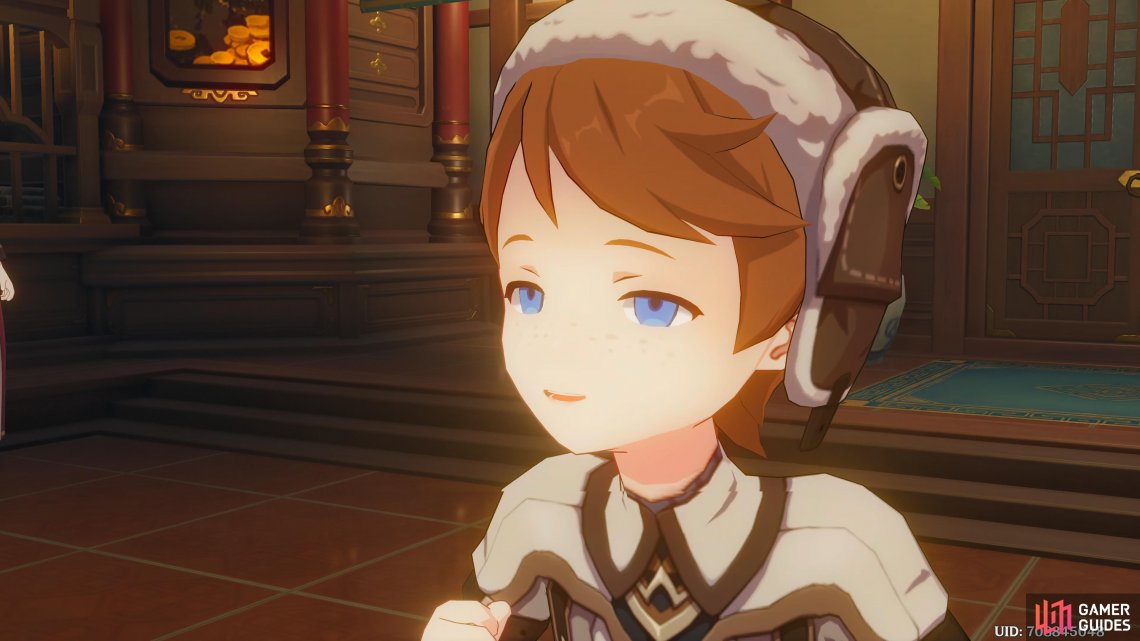 You and Paimon prepare to investigate a ruin near Lingju Pass…

Reports say that there have been many Ruin Guards wandering about in the wild, and that these Ruin Guards suddenly emerged from a single ruin. In order to keep the people safe, you prepare to assist the Millelith in investigating this affair…

Teleport to Minlin, Liyue and jump down to the east, speak to Daipai and he’ll tell you that there’s Ruin Guard presence around the area and that he’s noticed Ruin Guard footprints on the hillside.

Follow the path south and if you look on the floor carefully, you’ll notice a footprint, continue south, go up the small flight of stairs and you’ll see some more footprints, follow them up the stairs to the ruin where you’ll see a Ruin Guard hunched over next to some more stairs. 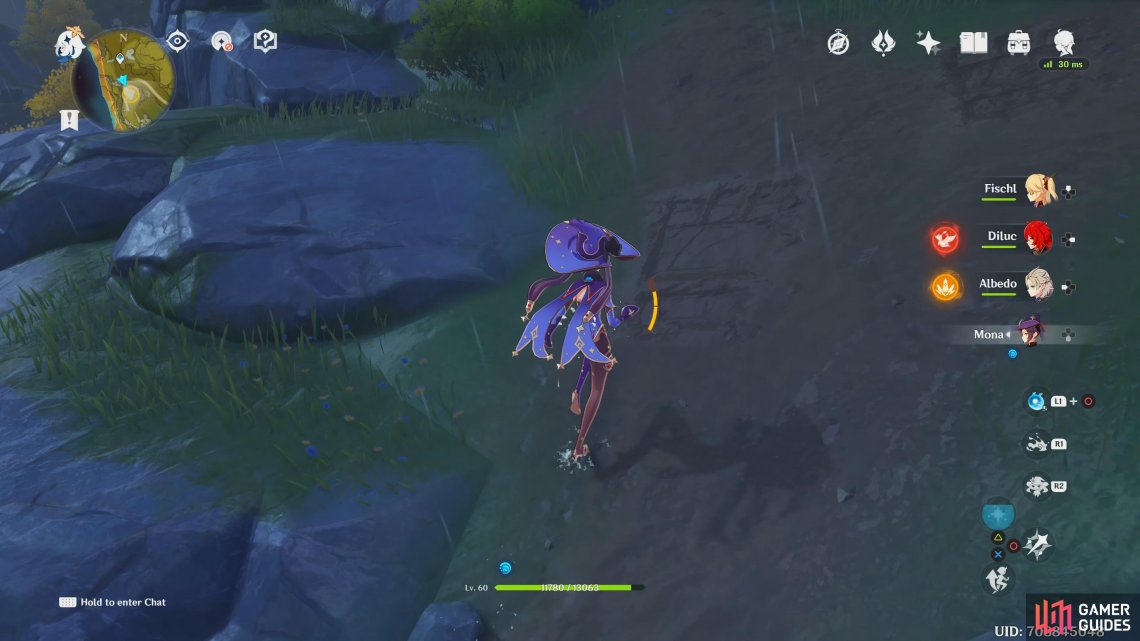 If you look closely, you can see the footprints on the ground.

As you approach it, the Ruin Guard will rise,

The Ruin Guard has these moves:

Stomp Attack: It will stomp its foot on top of you if you’re in melee range. To avoid this, dodge to its back as its foot lifts of the ground for some free attacks on to it.

Spin Attack: As it starts spinning, it won’t stop for approximately five seconds, just keep backing up until its finished because if you try to attack it in this animation you will be hit for moderate damage.

Clap Attack: Its arms will have a shimmer from its shoulders to its hands and then both hands will clap together for some major damage, dodging forwards to get behind will net you some free melee attacks. 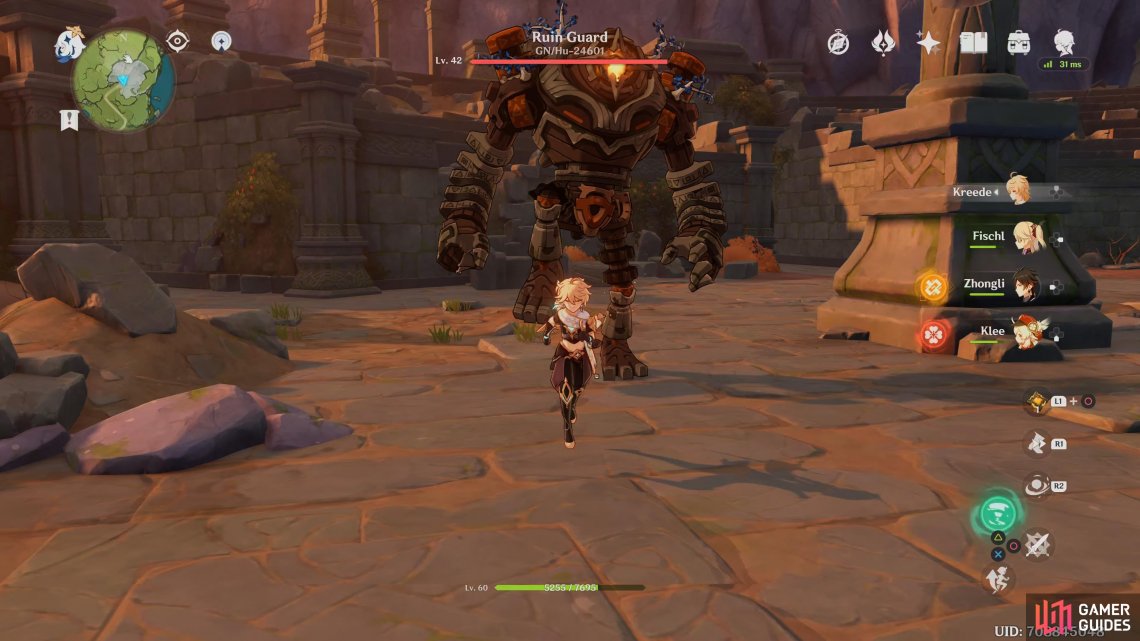 (1 of 7) Back away or dodge behind the Stomp attack

Leaping Punch: It will start off with a two hit punch combo and then leap on top of you for major damage, backup to avoid the punches and then dodge forward as soon as you see the AoE marker underneath you.

Bombardment: It will kneel down and target you with a crosshair, then fire a volley of six homing missiles at you for moderate to major damage depending on how many of the missile hit you, keeping the distance and dodging last second is the best way to avoid this attack.

The key to defeating it, is by using a charged strike by an Archer to its core on its head which can stagger it, follow that up again and it will become immobilized for a short moment allowing an opportunity to let loose your strongest attacks.

When it casts Bombardment the core on its back will be visible, if you are quick enough, a charged strike will interrupt the attack. Once it’s been defeated, you’ll get a short scene talking to Paimon and she’ll suggest to keep searching the area.

Follow the dilapidated path south and you’ll see a small boy standing next to another hunched over Ruin Guard, a cut scene will occur as you approach them. After the cut scene, you’ll acquire Teucer’s Mora Pouch.

Teleport to Liyue Harbor and head south, follow the path to the red stairs, then follow that up to the top and enter the Northland Bank. After the scene ends, the quest will be complete.