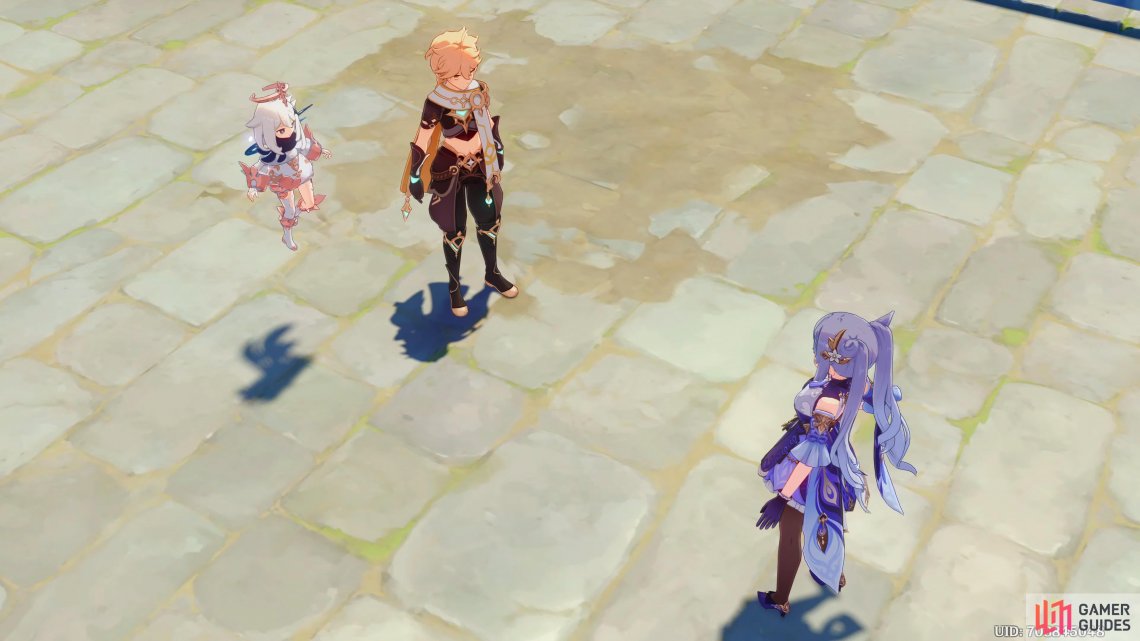 The mysterious emissary Ganyu appeared before you at Third-Round Knockout. Claiming to have come at Ningguang’s behest, she invited you to the sky faring palace known as the Jade Chamber. To that end, you and Paimon have come to Mt. Tianheng, from where you can see the Jade Chamber in the distance.

As the new act begins, you’ll need to head to the Jade Chamber, since you wasn’t told by Ganyu will interupt the battle how to reach it, you’ll have to go to the highest point nearest to it, which is Mt. Tianheng.

Teleport to the Waypoint southeast of it head north/northeast and climb the vines on the side of the mountain and as you reach its summit, you’ll get a cut scene. 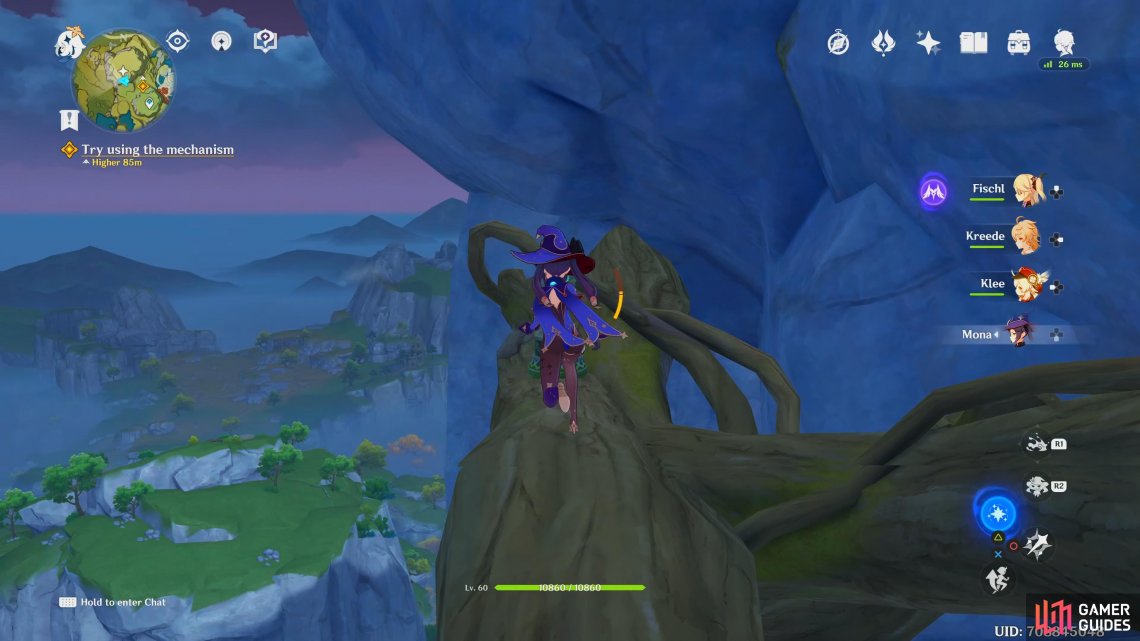 Search for a way up to the Jade Chamber¶

As Paimon mentioned in the scene, you’ll need to find some way up there, climb a bit higher up and you’ll find a mysterious object in the shape of a four-leaf clover, switch to an Anemo character and use their Elemental Skill on it to generate a wind current.

If you don’t have an Anemo character, you can use the Statue of the Seven in a Mondstadt area to change the Traveller to it.

You can use this the current to lift you into the air where you’ll notice some white accelerator rings, glide into them and it will shoot you through each one where a small jade platform waits. As you land on it, another scene will play where this is as far as you’ll get to the Jade Chamber, Paimon will have a brilliant idea of using the Guizhong Ballista to shoot us up there.

Make sure to open up the chest and then head northwest to where the ballista is situated, as you approach it, some Millelith Guards will think that you’re trespassing and they will attack you.

Although these aren’t difficult, there are quite a few of them, the first group will consist of three Millelith Soldiers, they have a rather weak stab attack but can perform a three-hit combo if they are rallied by a Sergeant. 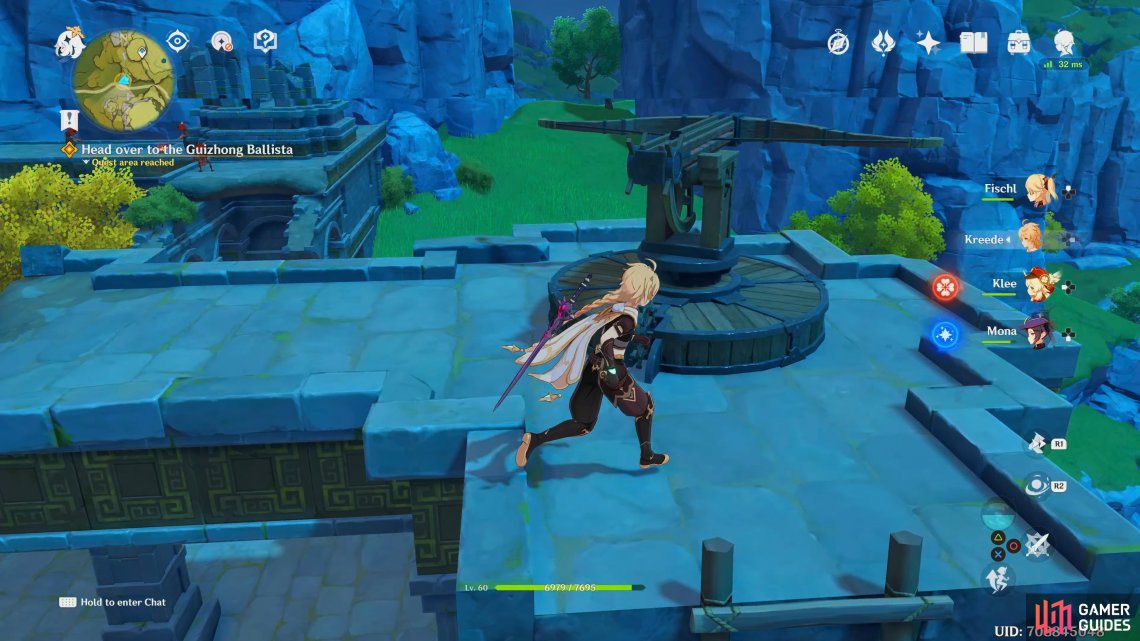 Defeat them and you’re get a second group of them, this time you’ll be facing three Millelith Soldiers and one Millelith Sergeant. The Sergeants are more competent than their underlings and can attack with multiple combos or counter attack, use a combination of Hydro and Cryo to freeze the enemies in place and then switch to Electro or Pyro to take them down quickly.

After the second group has been taken care off, you’ll face one more group, same composition as last time, use the same strategy as before and finish them, once the battle has ended, you’ll get a scene and Keqing will interrupt the battle, after the scene ends, so will the quest.