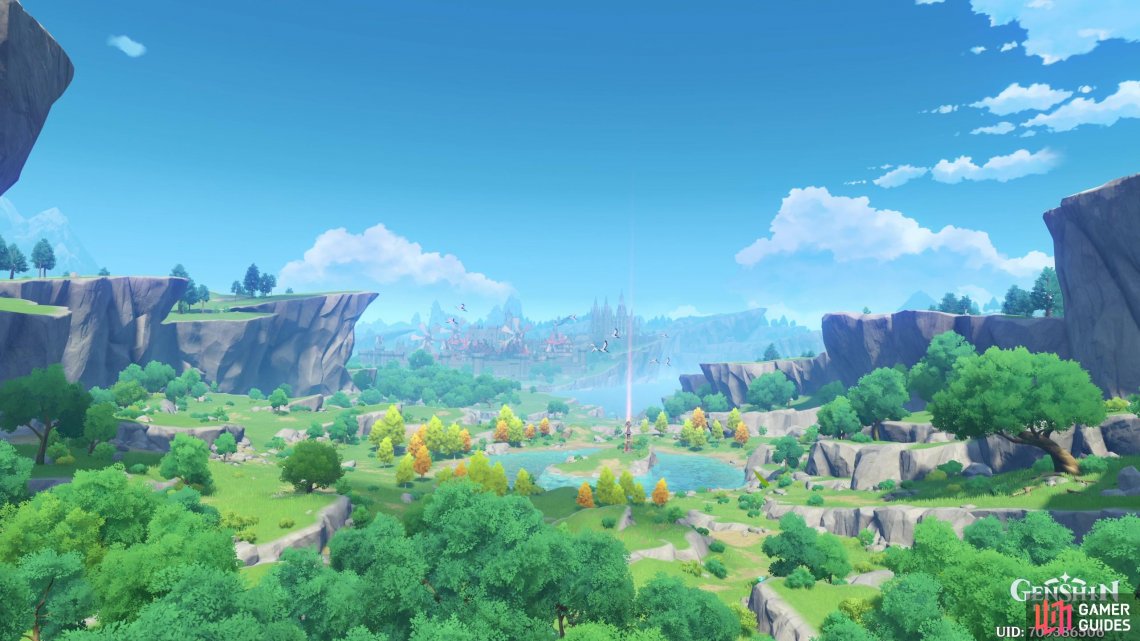 You begin your journey in Starfell Valley, exploring the land and seeing its sights together with Paimon.

Continue down the trail until you come to a river with a waterfall. At the water line you will find some Calla Lillies to collect and if you swim into the river, you can grab some Black Bass. Be careful of your stamina while swimming because when it runs out, you will drown.

Further on, you will come across a Sunsettia tree with plenty of fruit to pick - this fruit can serve as small HP recovery so is definitely worth collecting while you’re here. There are also mushrooms and mint to be found in this area. Once you’ve finished exploring, approach Paimon for a cutscene and explanation of the Statues of the Seven.

As you approach the bottom of the slope, Paimon will explain that you can swim over to the Statue in the middle of the lake. However, before you do, turn left and around towards the floating blue spirit. This is a Mysterious Seelie and if you follow them, they will lead you to treasure chests. Sometimes you will have to find two or more Seelies to access the treasure or objective in an area so always be on the lookout for more. Follow this one, climb the tree and chase after it until it flies into a statue which turns into an Exquisite Chest. Open the chest for numerous rewards, including Artifacts, Primogems and Enhancement Ore. 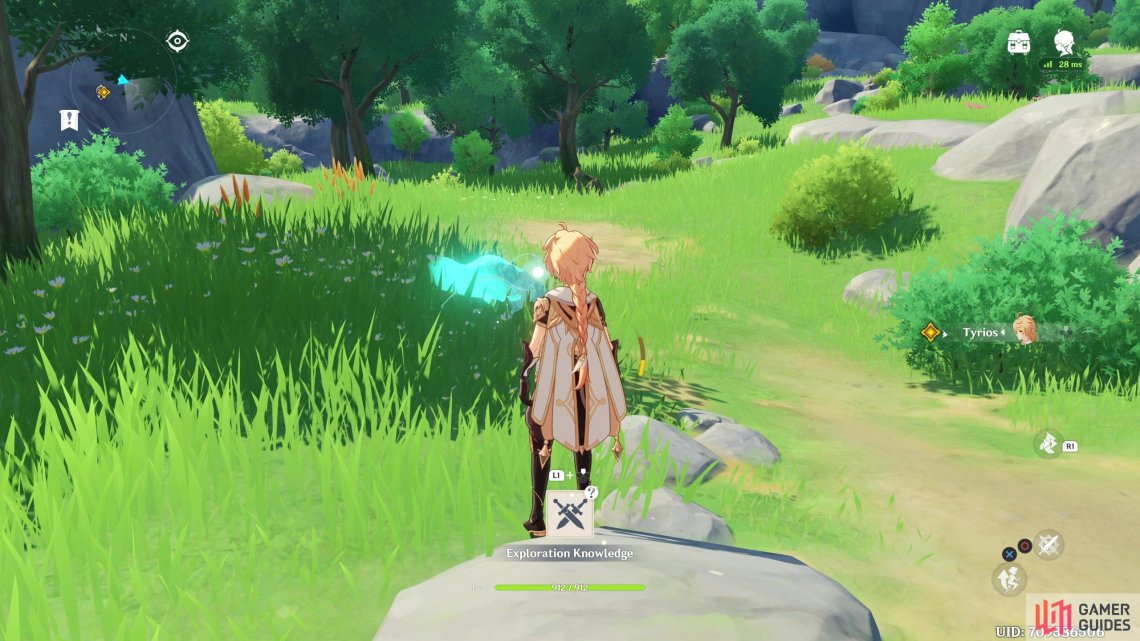 (1 of 5) Approach the Mysterious Seelie who will fly off ahead.

Tip: Make sure to read the Exploration notes as they offer useful in-game tips as well as Primogems just for reading them!

Return to Paimon and watch out for any other items along the way. If you kill a squirrel it will drop Raw Meat which is also used in cooking and is an essential ingredient for some of the better recipes. Swim across Starfell Lake and head towards the Statue for a cutscene after which the map will open, uncovering a large portion of the surrounding area.

Statues of the Seven: Each area of Teyvat is governed by an element with the first being Anemo. You should activate the Statues of the Seven as soon as you can when in an area as they not only uncover the map, you can also use them to heal party members and if you bring them special items known as Oculi, you can raise your maximum Stamina, allowing you to run further and climb longer among other things.

After the cutscene ends, the Elemental Skill and Elemental Burst abilities will unlock.