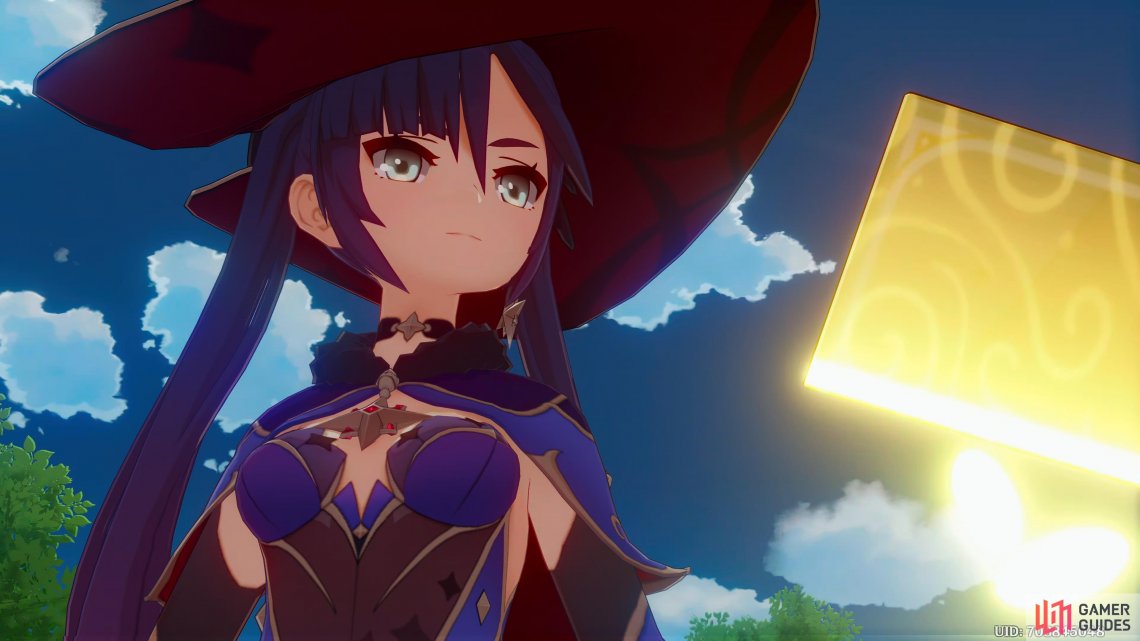 On your journey, you witness Mona’s strength as an astrologist, as well as her constraints. At last, you arrive at your destination – Mondstadt.

Go to the bridge just outside Mondstadt and you’ll get a cut scene with Mona describing the principles of Astrology and how she has foretold the meeting of the successor of an astronomer and that the successor is a young female Knight of Favonius. That successor is Klee which leaves Mona by the bridge and give her the box that she was after, the box appears to be empty shocked and a little disappointed.

Catch up with Klee and retrieve the box¶

Klee runs off to retrieve the box. Follow her by heading to the east, as you get near, a cut scene will happen, it seems the box isn’t there but first you’ll have to deal with the Dendro Slimes. 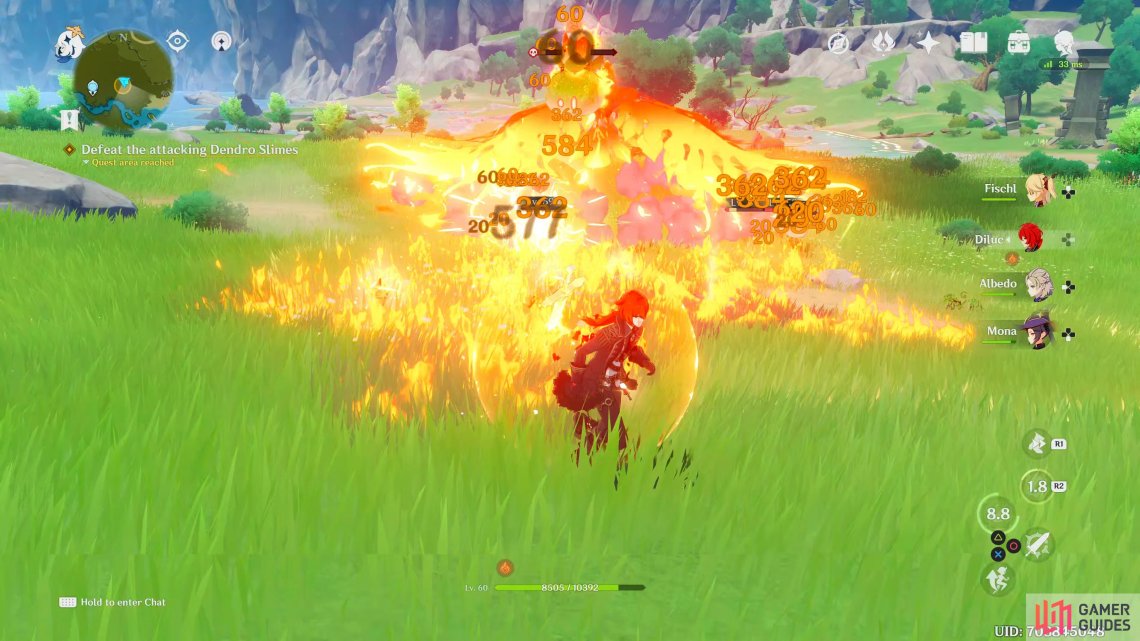 Using Pryo on the Dendro Slimes will cause Burning on them.

Dendro Slimes are nature based enemies that like to hide under the ground and then spring up on you when you aren’t looking, use Pyro on them and you’ll trigger the status Burning which does Pyro damage over time, once they are dealt with, you’ll get another scene, it seems Klee has found the box whilst you were fighting

Accompany Klee to return the box to Mona¶

Head back to Mona by the bridge and give her the box that she was after, it appears to be empty. After some dialogue, the Diary that Mona is holding was the contents of the box which leaves her disappointed once more, after talking a bit more, it seems she needs a place to stay as she spent all her Mora heading to Mondstadt.

Speak to Katheryne and help Mona find a place to stay¶

Go to the Adventurers Guild and speak to Katheryne and she’ll tell you about a house with a magical seal on it and that it appears to be abandoned. 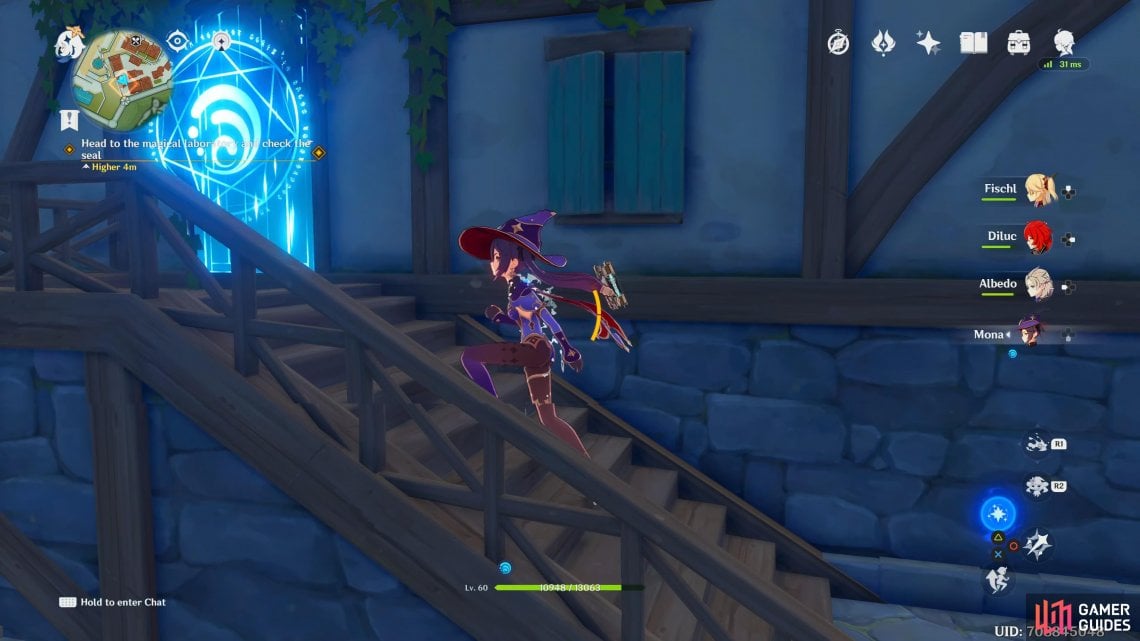 The house with the magical seal is southwest of the Adventurers Guild.

Head to the magical laboratory and check the seal¶

Follow the path to the southwest and you’ll notice the house that Katheryne mentioned, go up to it and interact with the door for a cut scene, after the scene end, Act 1 will finish.