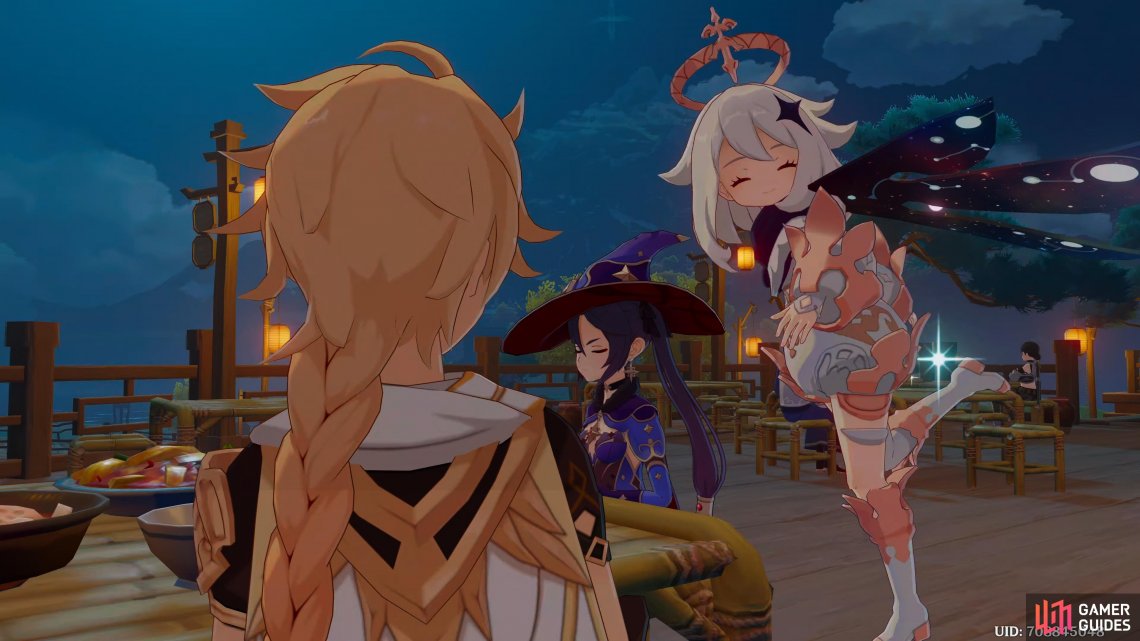 The astrologist Mona, who you met by chance outside Liyue Harbor, has promised that if you go with her to Mondstadt to fulfill her appointment, she will help you read the truth behind the gods and your sibling. Leaving Liyue Harbor, you head towards Mondstadt.

Set off for Mondstadt, go to the Wangshu Inn¶

Head to the Wangshu Inn via the teleport waypoint and glide down to the restaurant, take a seat next to Mona and you’ll get a cut scene, after spending all the Mora on just you and Paimon, Mona is left with barely a meal, feeling bad, you want to cook her a meal to make up for it.

Give the Golden Crab (Normal or Delicious) to Mona¶

Head back to Mona in the restaurant and give her the meal you have prepared, she’ll mention that you should go to the Stone Gate.

Continue your journey, head for the Stone Gate¶

Head to the Stone Gate via the Teleport and head northeast down the ramp and you’ll get a cut scene, some Merchants head over to your campand offer you a ride to Mondstadt as they are heading that way. 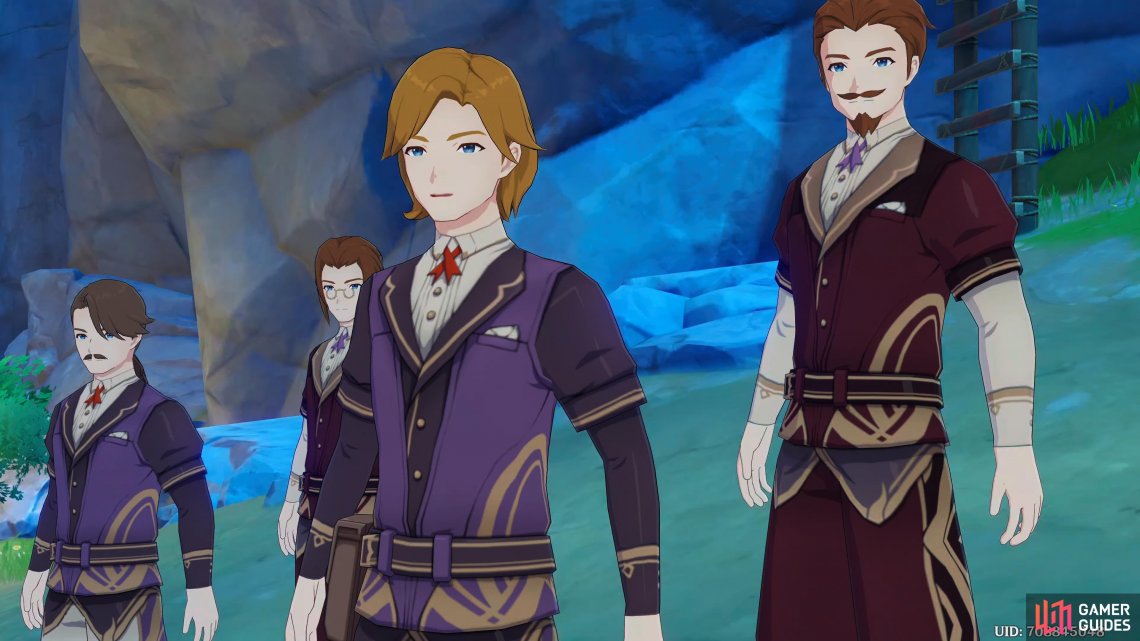 Some friendly merchants offer you some help.

Mona deduces that they are not Merchants but are indeed Bandits! This will start a battle with them, Mona will be available as a Trial Character for this battle, start off with her Elemental Skill as this will taunt enemies to attack it whilst dealing Hydro damage in a small area of effect, then switch to an Electro character which will trigger the status Electro-Charged, this will cause Electro damage over time to all the enemies hit by it, follow this up with a Pyro skill to cause Overload which will do Pyro damage in an area of effect with a small explosion. 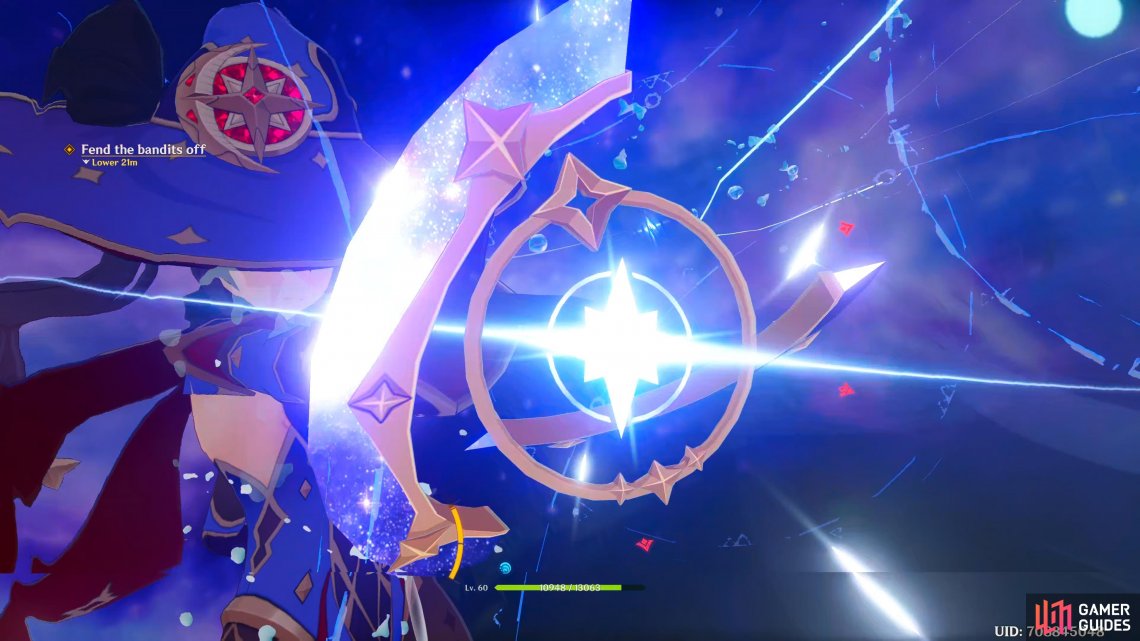 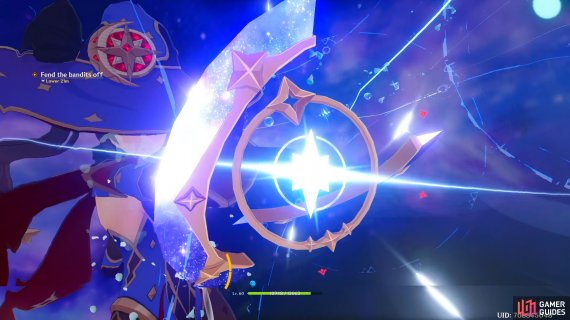 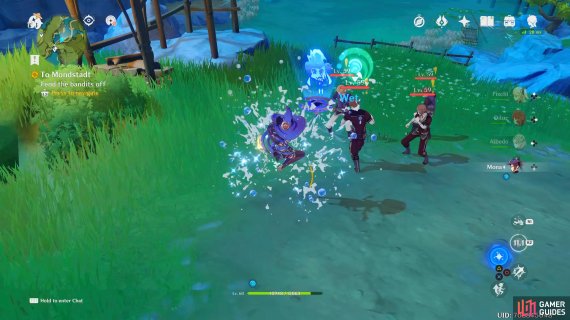 Mona’s Elemental Burst can suspend enemies in the air (left), her Elemental Skill will taunt enemies to attack it. (right)

After the first group are dealt with, a second group will appear, use Mona’s Elemental Burst which will cause all enemies caught by it to be suspended in the air then repeat the same tactic as above to finish them off.

After they have been dealt with, speak to Mona and after a short scene, the quest will complete.