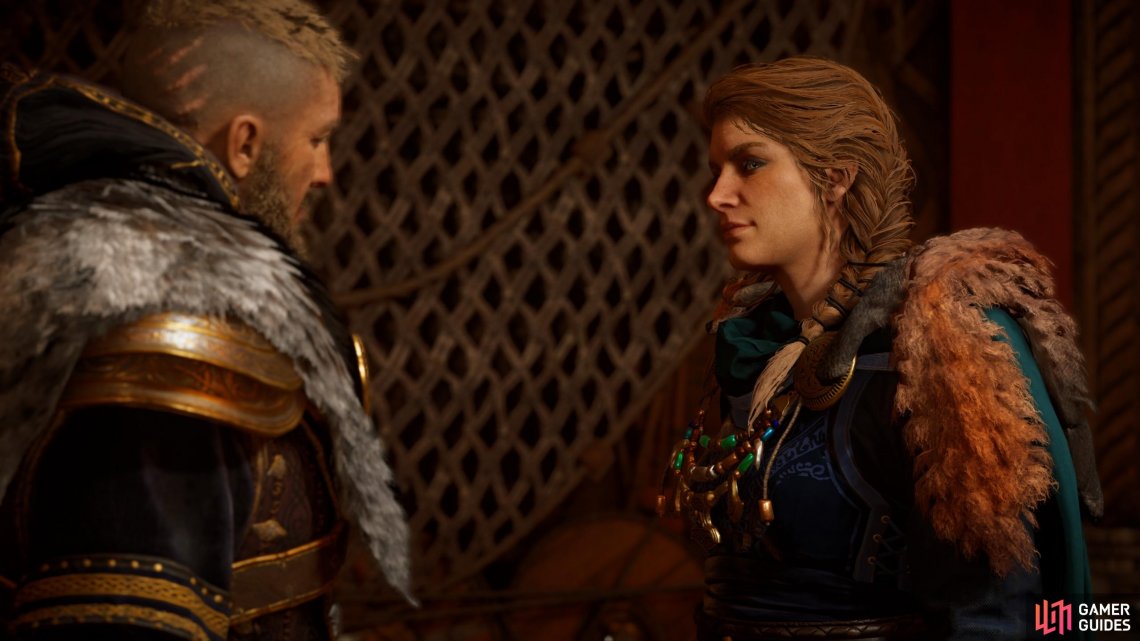 The decision to romance Randvi can have an important impact on the outcome of the main story. As such, you should keep this in mind when you’re given the first opportunity to engage in a relationship with her during Taken for Granted. At this stage in the story Randvi will still be in a relationship with Sigurd, so you’d be betraying your brother if you begin a relationship with her then. Fortunately, this doesn’t mean that it’s impossible to romance Randvi at this stage and achieve a good ending to the outcome of the story at the same time. You’ll just need to be a little more careful when it comes to making other choices throughout the story. For a full breakdown of these, see our Choices section.

If you’re aiming to remain absolutely loyal to Sigurd throughout the story, we recommend that you don’t romance Randvi when the opportunity arises during the Taken for Granted quest. You will have another opportunity to romance her much later in the story, without necessarily betraying Sigurd.

If you do want to romance Randvi at the first opportunity, you’ll need to select the dialogue option “I feel the same way.” during Taken for Granted. At this point Eivor and Randvi will kiss, and you’ll be locked in the relationship, with the story implications being irreversible from then on. Sadly, the substance of the relationship with Randvi doesn’t amount to all that much; you’ll now have three new options when speaking with her at the alliance map in the longhouse in Ravensthorpe. These amount to a kiss, going to bed together, and breaking up. She’ll also begin to refer to you in more endearing ways now and then.

How To Romance Randvi Without Betraying Sigurd¶

If you’d rather wait until near the end of the story to romance Randvi (thereby giving you the option to romance others such as Petra and Tarben in the meantime), you’ll need to wait until Gunnar’s wedding during The Forge and the Flame. At this point you’ll be able to engage in the relationship guilt free and have Sigurd’s blessing at the same time. Alternatively, you can use the moment to reaffirm a bond of friendship with Randvi if you’re already committed to someone else.