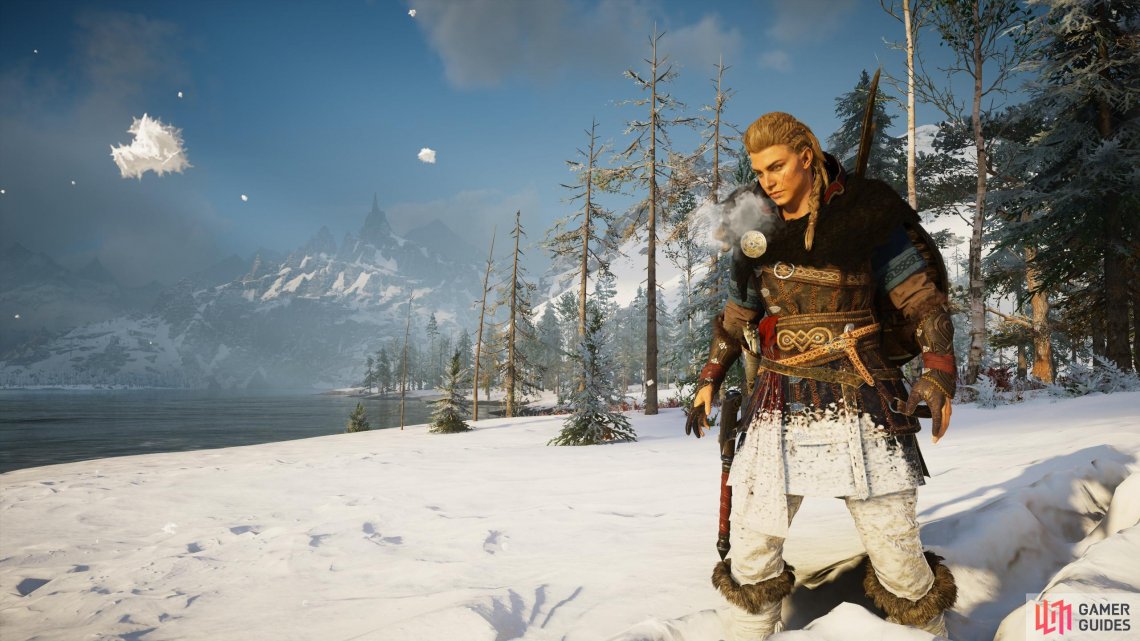 Any Feast Buff boosts that you receive can be improved when you build a structure in your settlement which states that it improves the feast buff. These buffs can be particularly useful before you attempt boss fights such as the Daughters of Lerion or Lost Drengr, so be sure to feast before you challenge them! 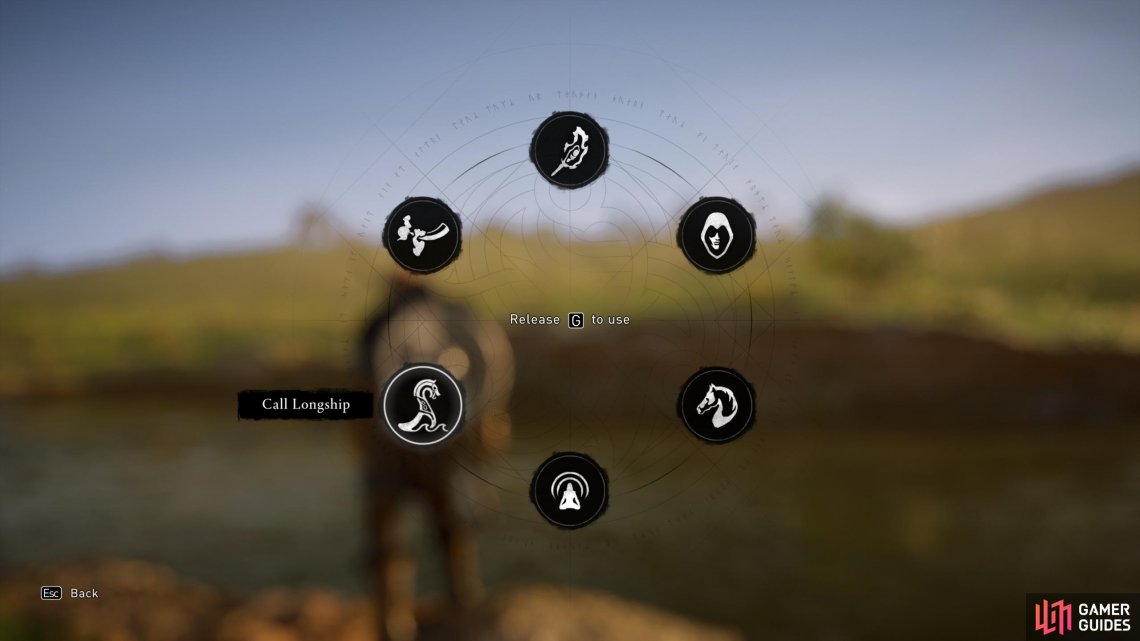 (1 of 6) Use the Quick Actions Wheel to call your longship to any waterway.

One of the best places to hunt fish with melee weapons is Roaring Meg’s Spring, located just northeast of Lincoln in Lincolnscire, near the east coast of England. Here you will find a high concentration of fish in a small spring. 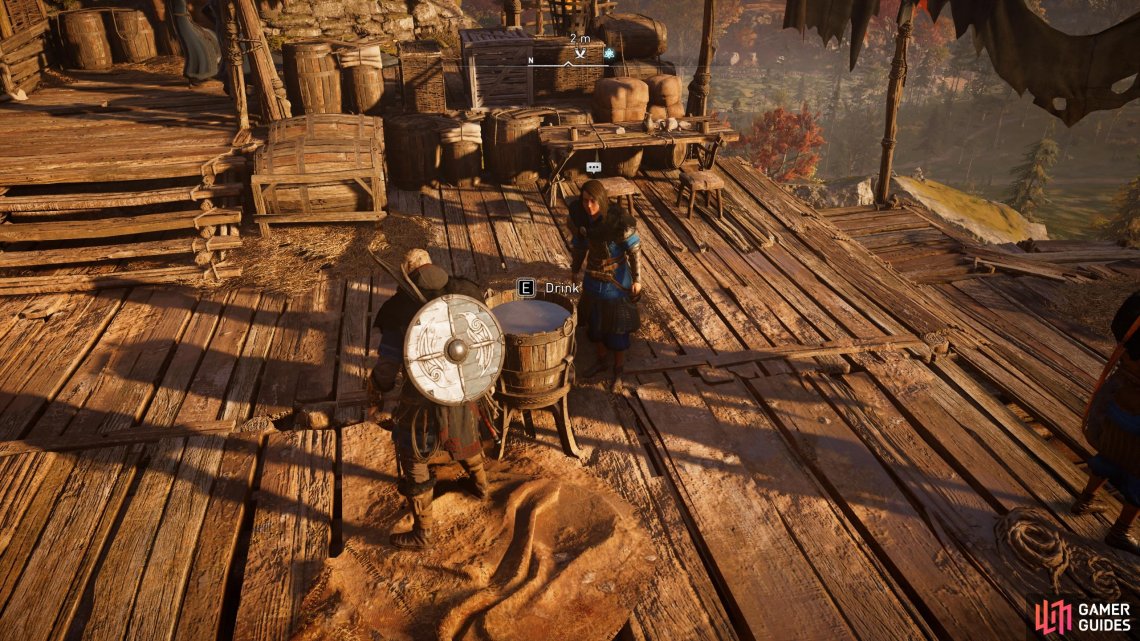 (1 of 5) You’ll find drinking games in most major settlements, marked by drinking horns on your map.

(1 of 6) Take note of passive abilities on weapons and experiment with them when you find new ones.

Ravensthorpe: What to Build First¶

When handing in animal parts and fish, hover over the icon for each part / fish to see how many you currently have in your inventory.

The Stable & Aviary provides a convenient place for you to purchase mount upgrades and skins, in addition to changing your raven skin. However, you can still do this at most stables throughout the game world, so you might find it worthwhile investing in the Hunter’s Hut or Fishing Hut instead. 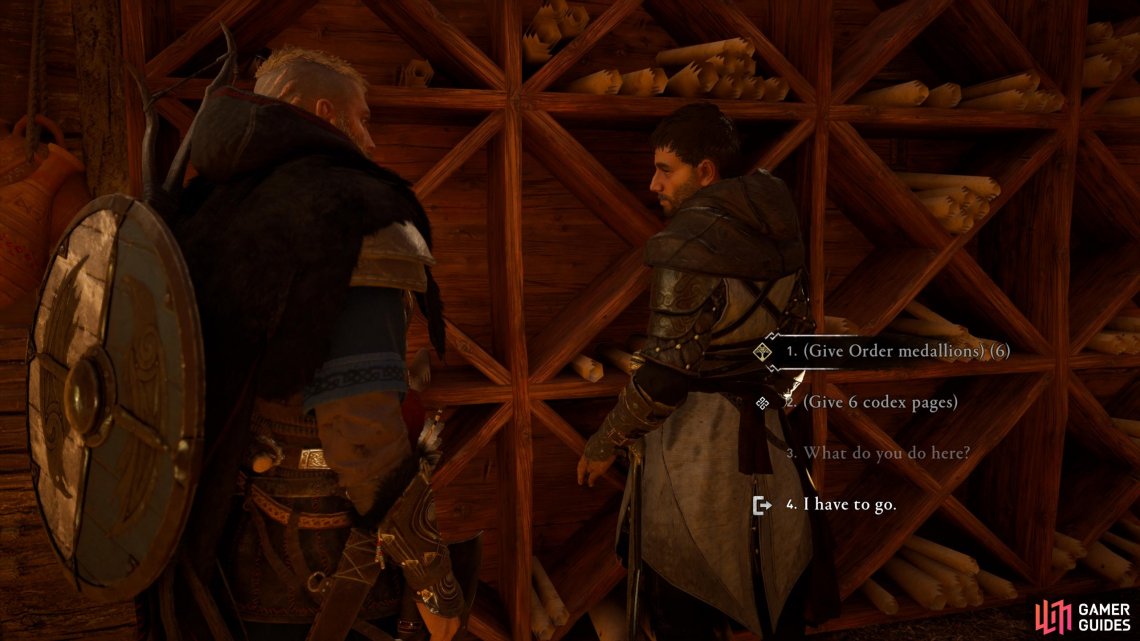 (1 of 10) The Hidden Ones Bureau will allow you to hand in Order medallions and codex pages in exchange for unique abilities and upgrades.